A few weeks ago, about 15 Gotham members got together and went on an epic, 250 mile adventure to Hawk's Nest above Port Jervis, New York. 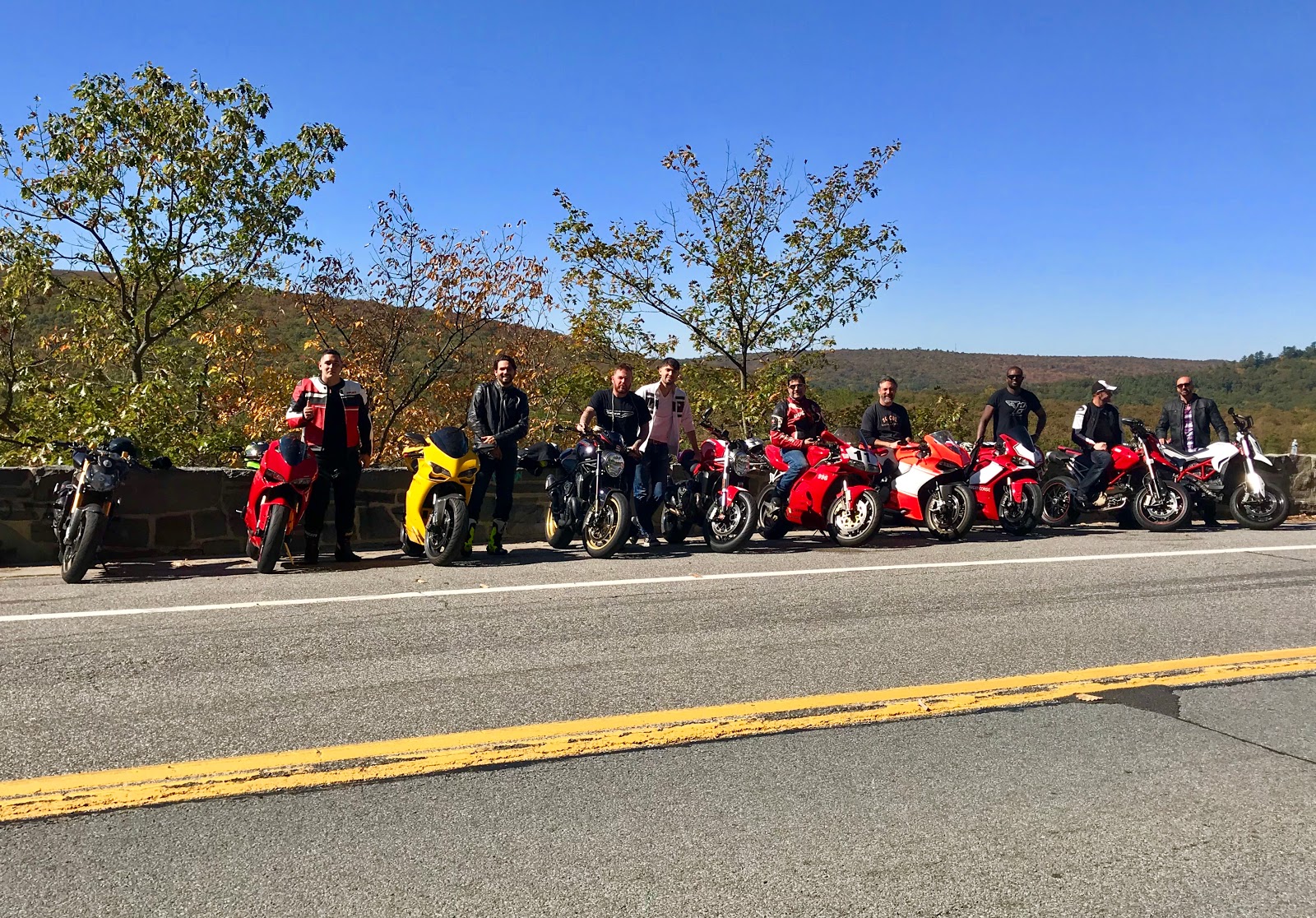 We met up in Harlem around 10am, to a fairly mild October day.
As it was Columbus Day, we were headed out of the city as soon as possible, to try to miss parade traffic. 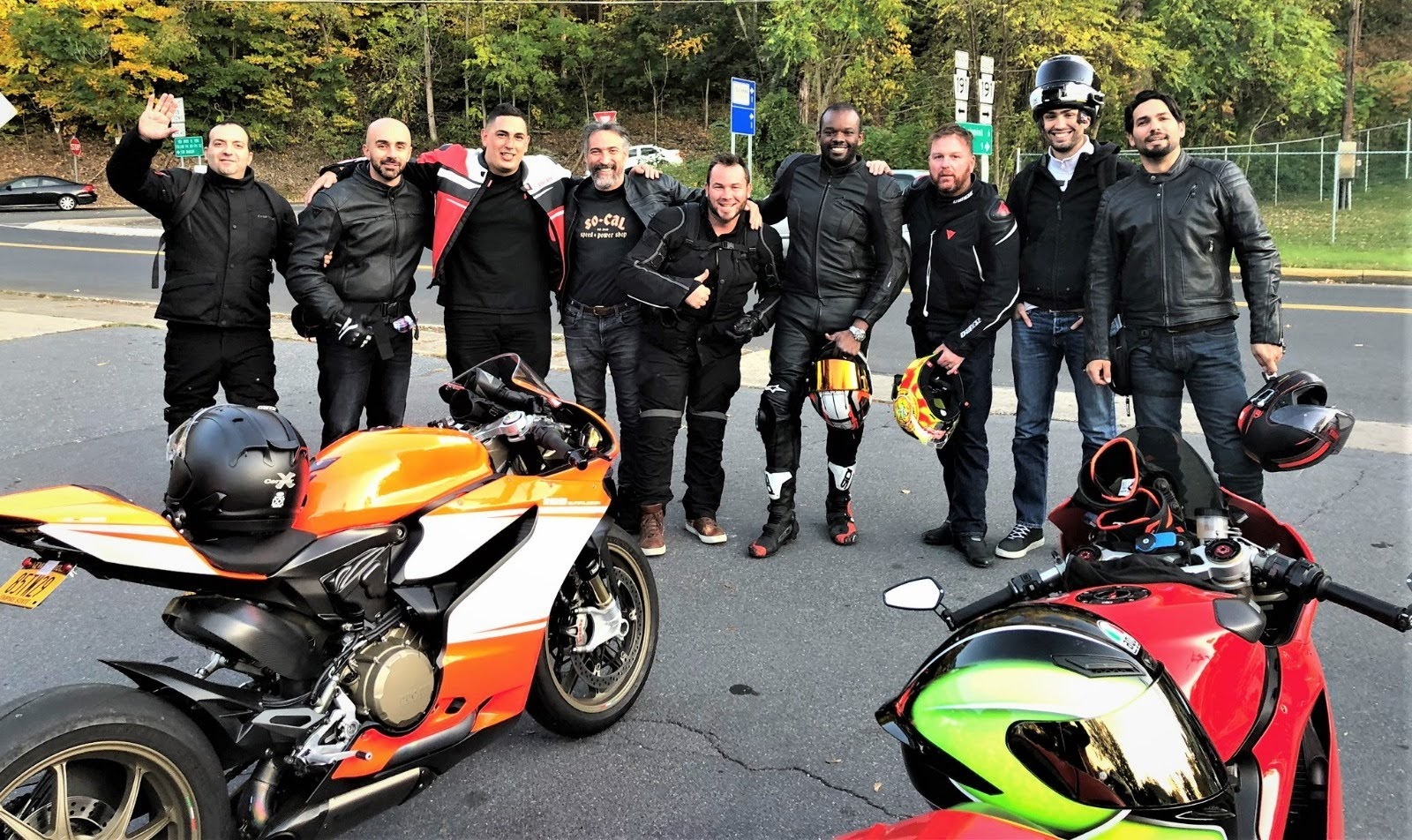 We made for Port Jervis, and the Delaware Water Gap, picking up a few Gotham members and riding through Wantage and High Point State Park, which is absolutely beautiful,
and which takes a little under two hours if you take New Jersey back roads. 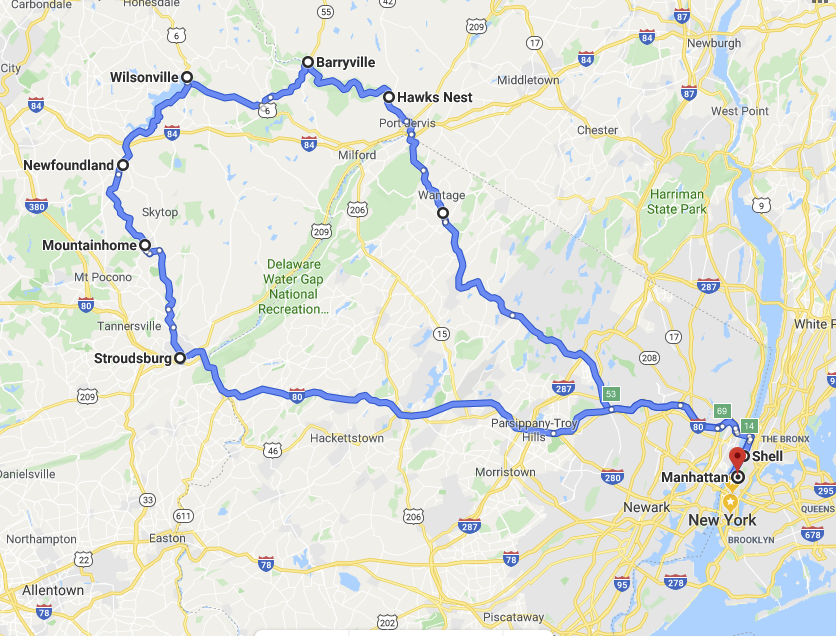 The Hawk's Nest highway is just a short little stretch, 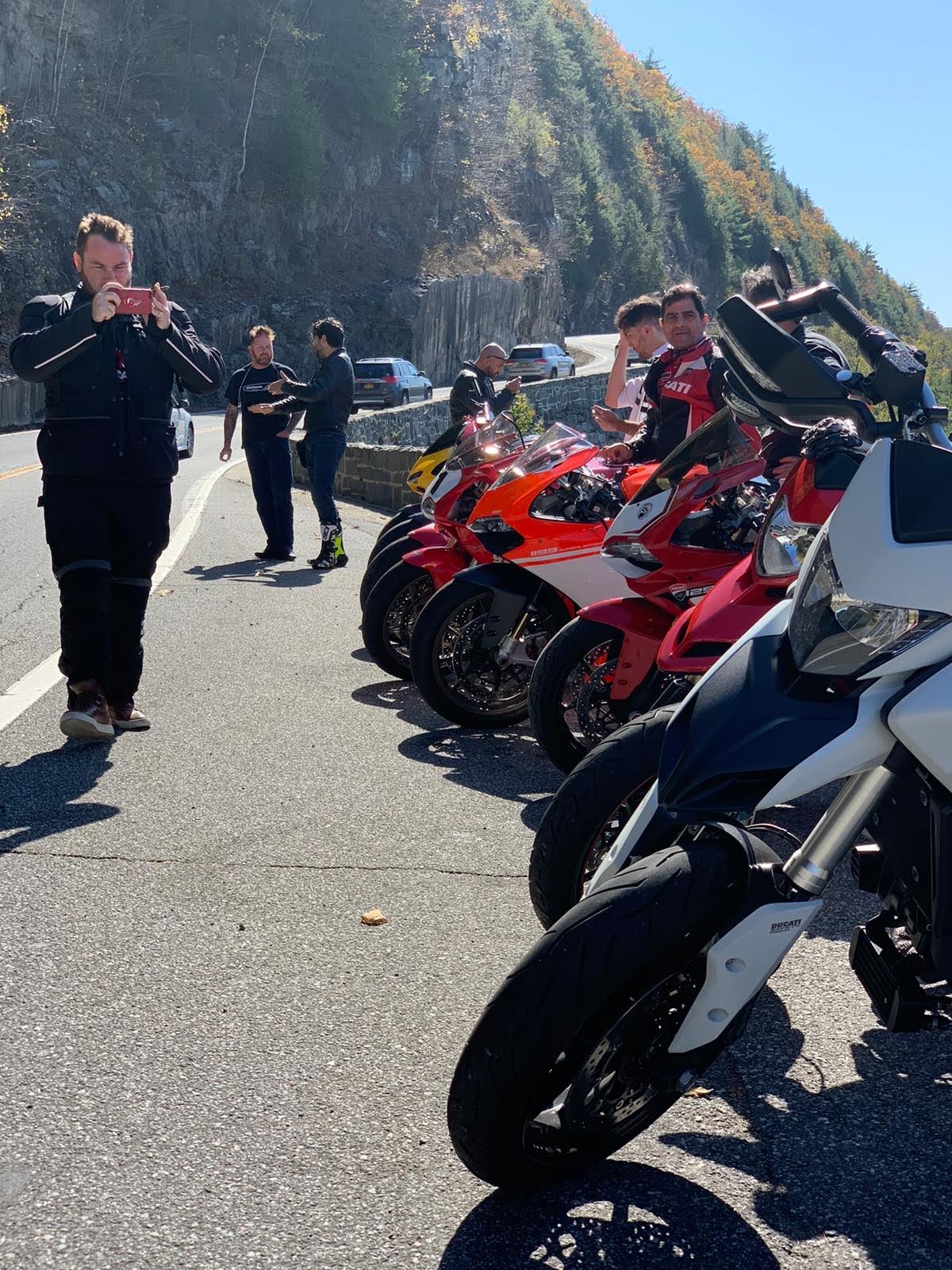 but the twisties there, and the several hundred foot drop below to the Delaware River, 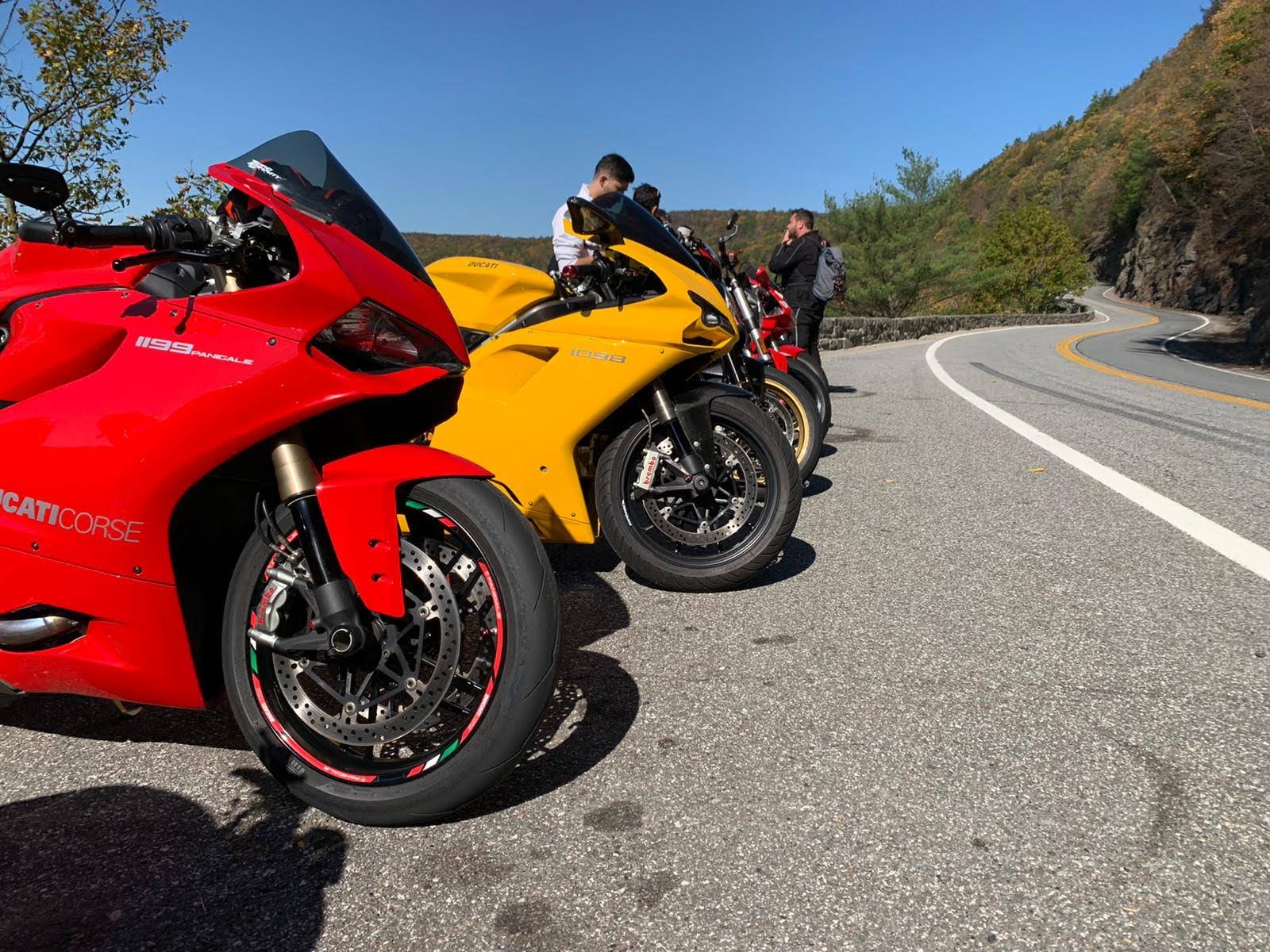 create one of the most iconic and spectacular motorcycle roads around the New York City area, 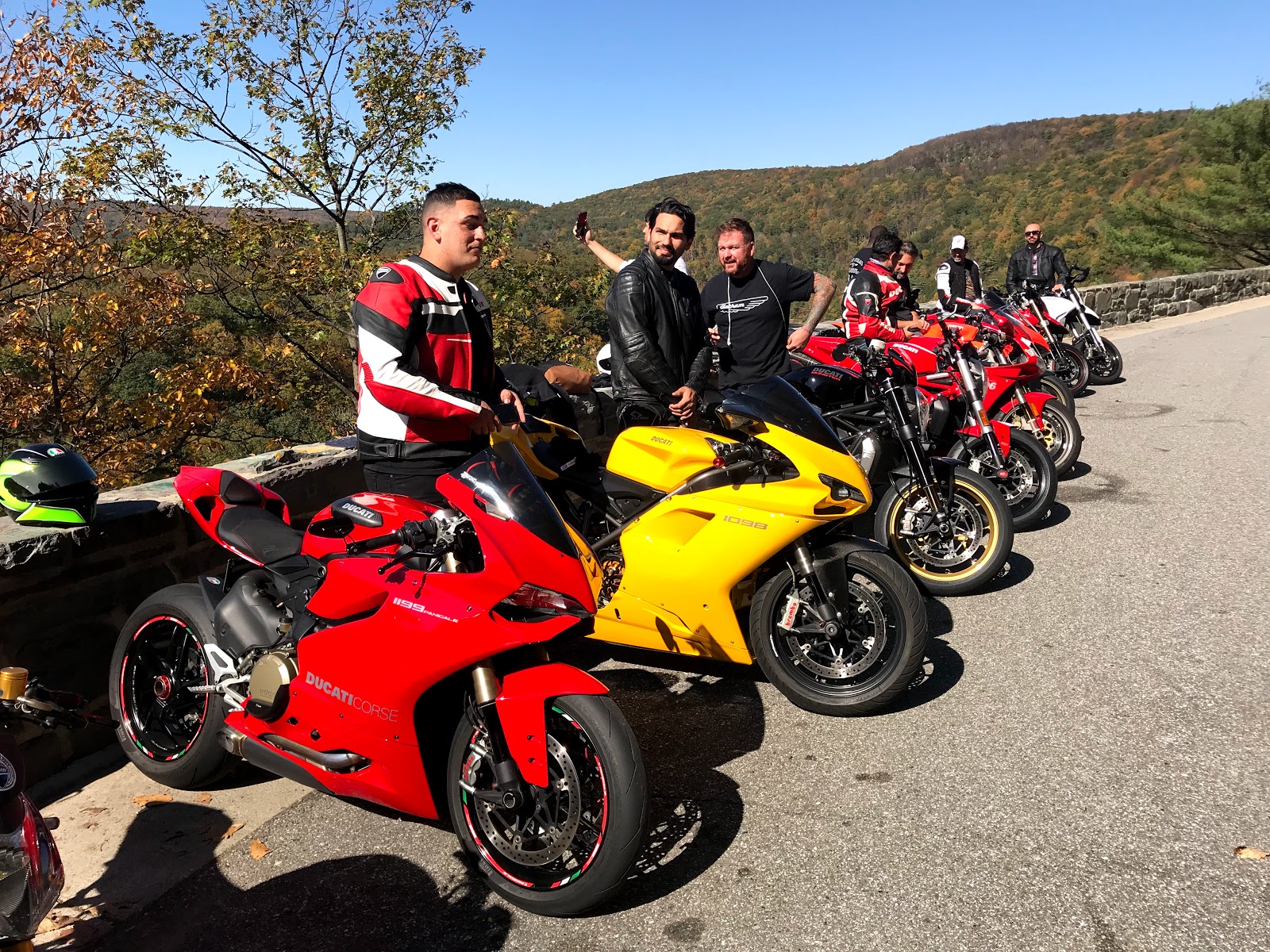 famous in films like Dr. Strange, and many a car commercial. 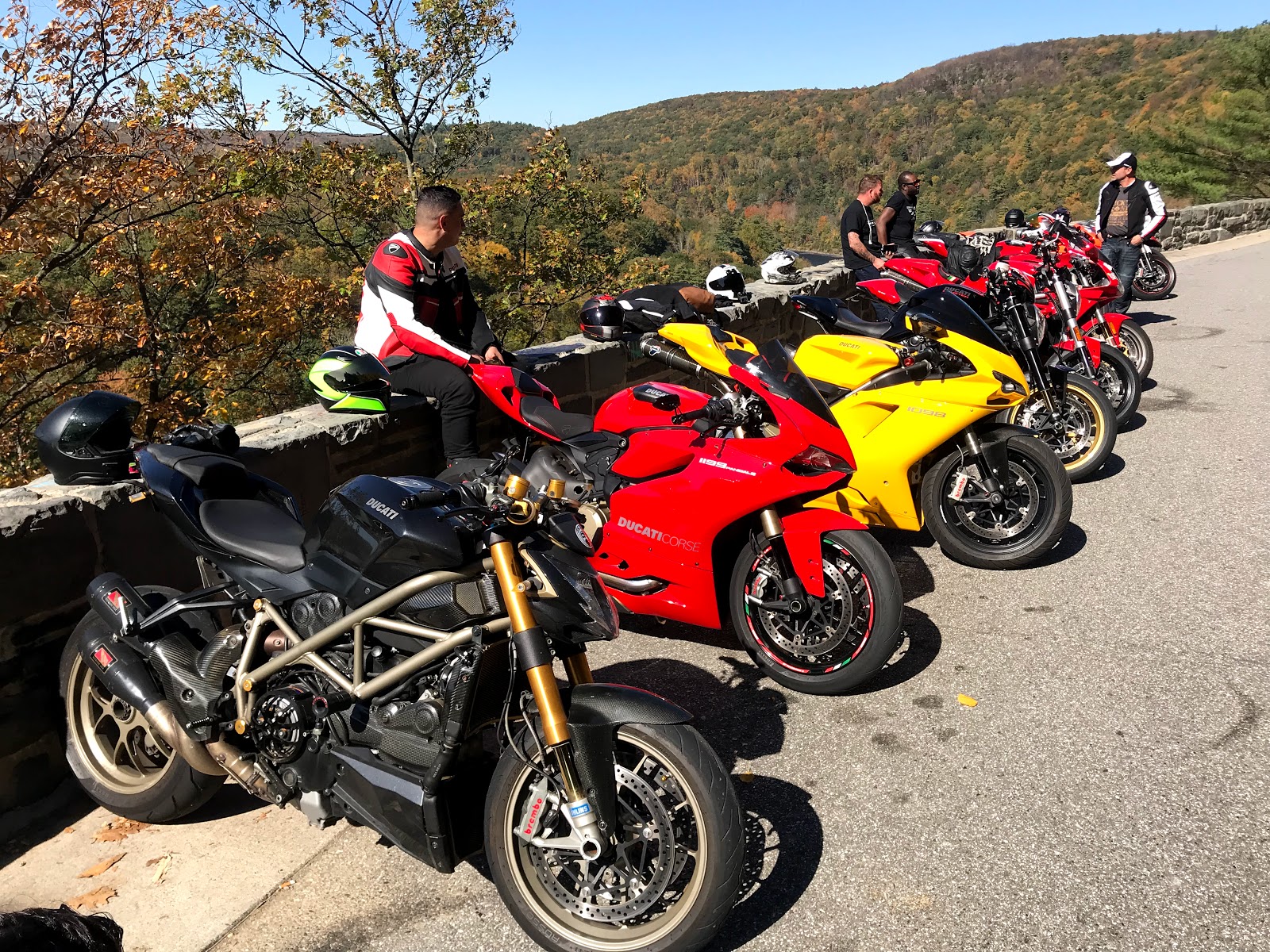 We stopped for a little while to admire bikes, and then headed to lunch in Barryville, 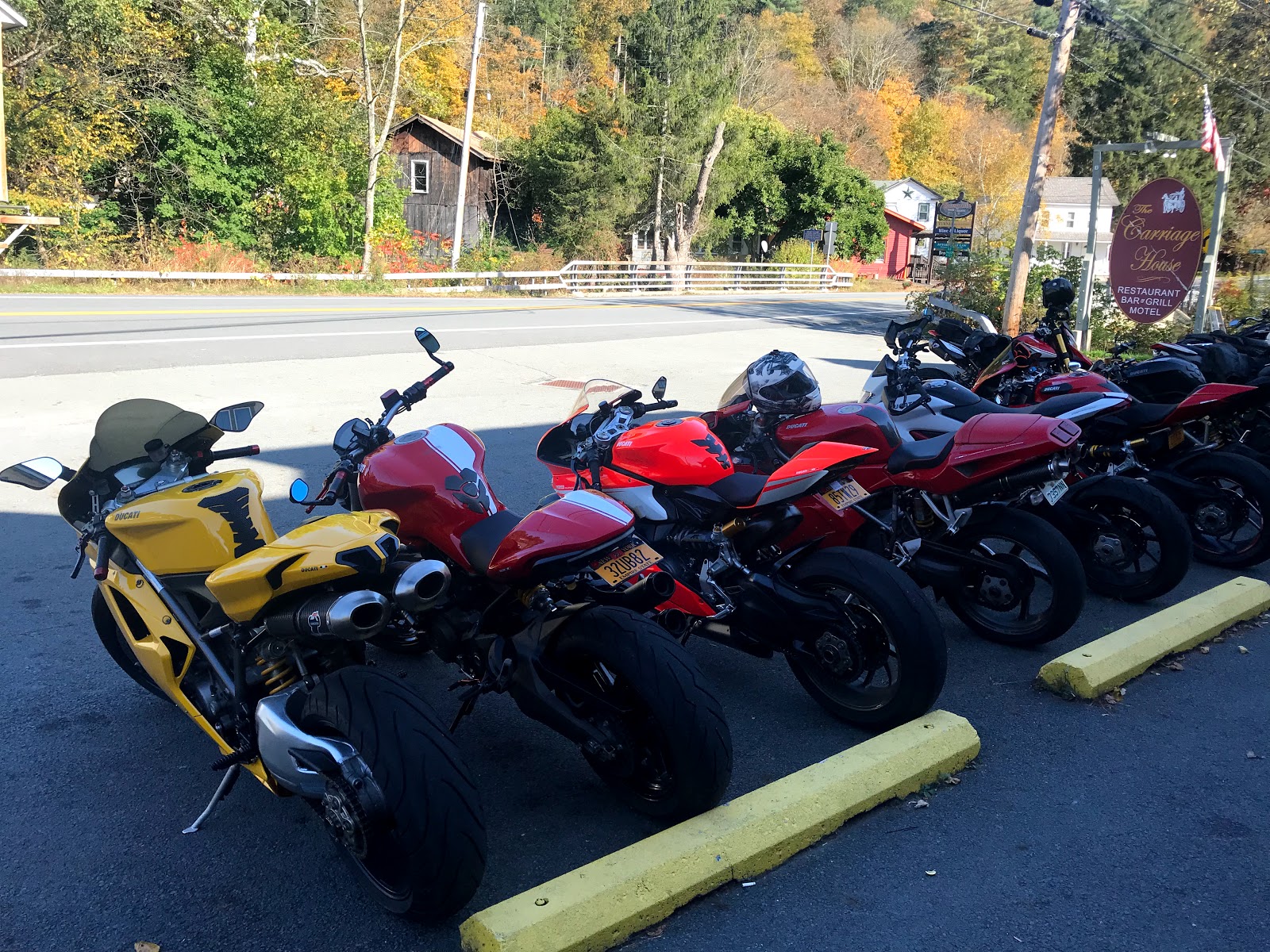 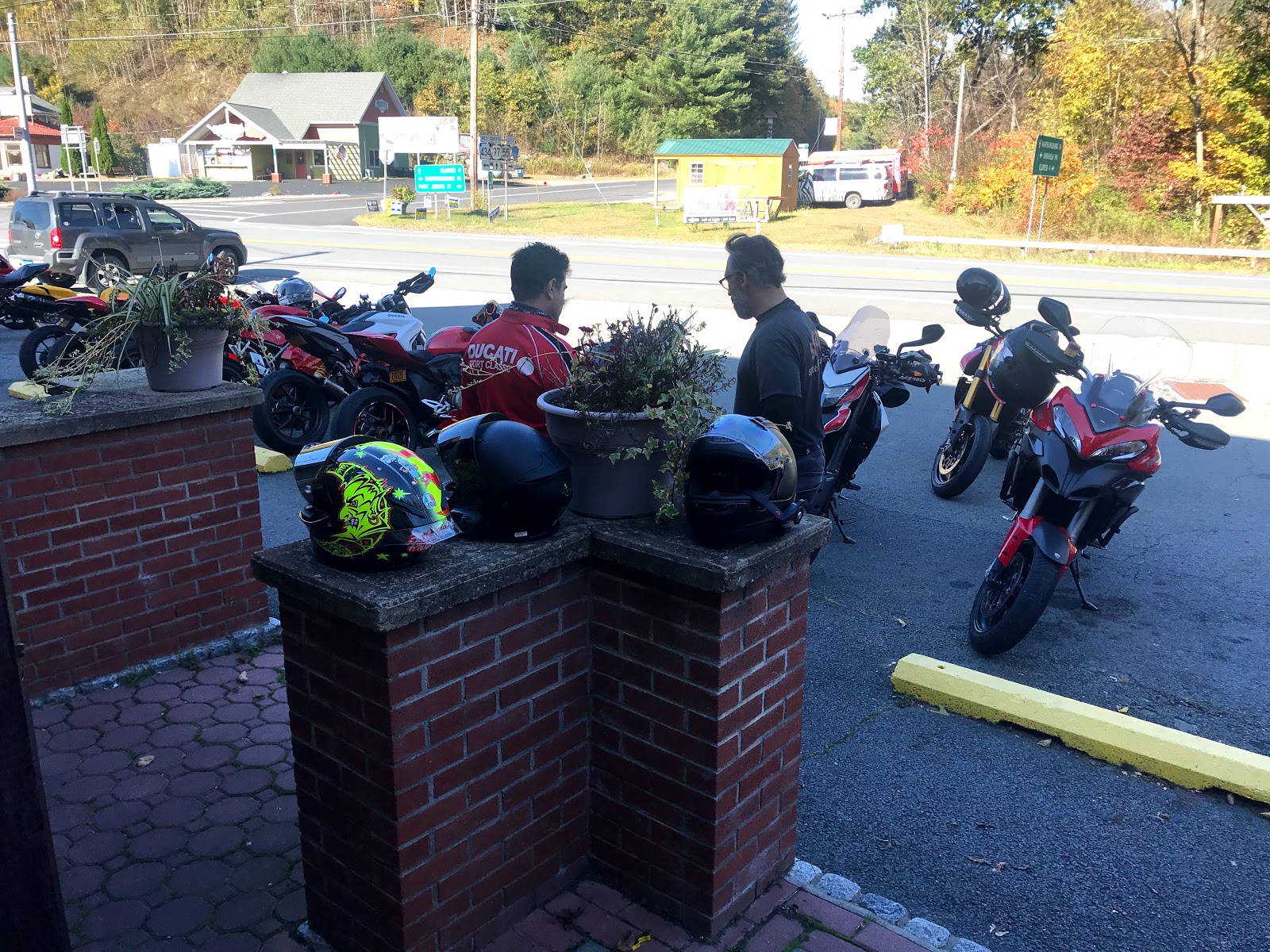 Lunch was fantastic, and a few more Gotham members joined our ride. 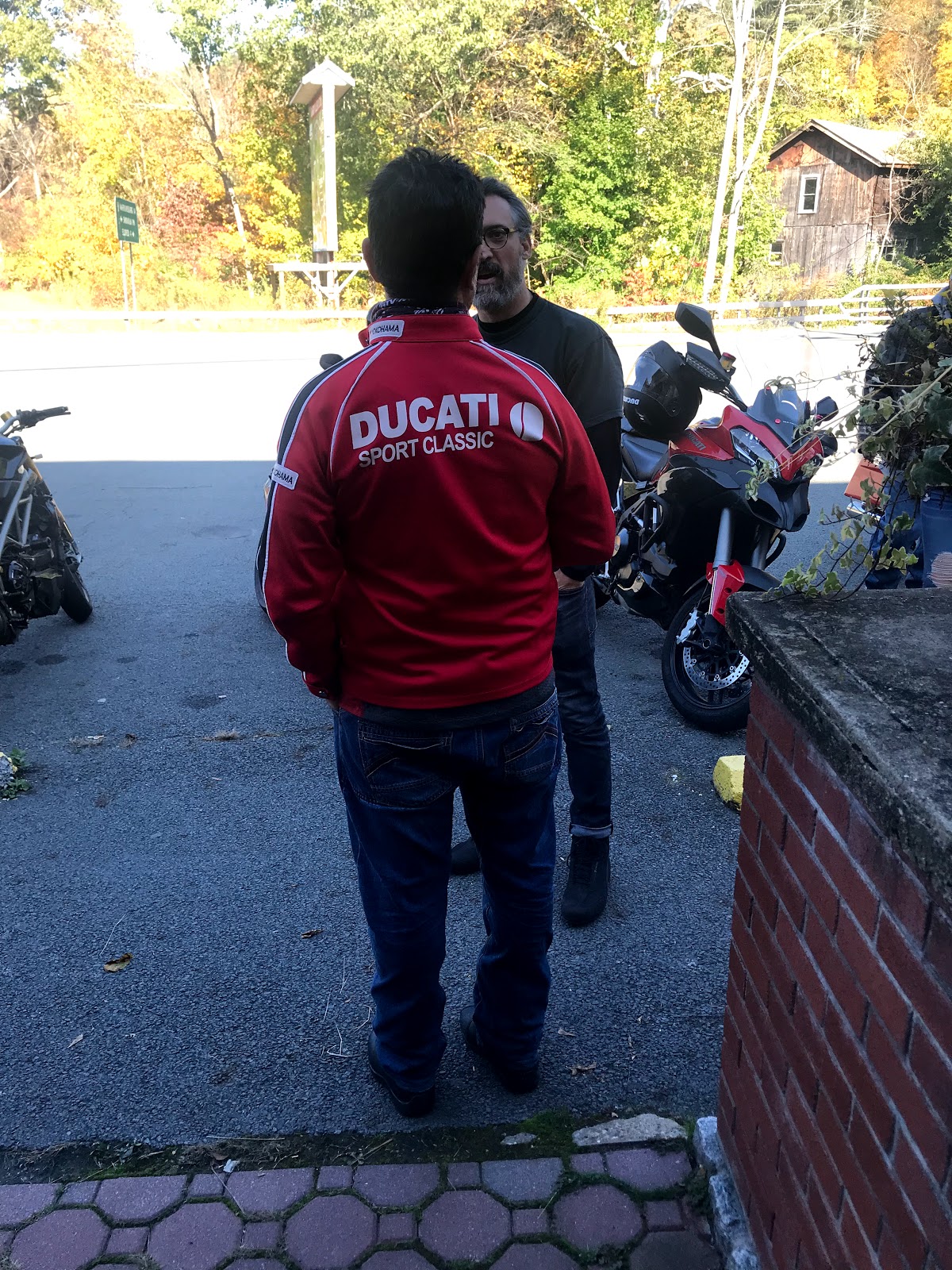 After lunch, we had a pretty spirited ride all for another hundred miles, nearly all twisties, till we got down to East Stroudsburg in Pennslyvania. 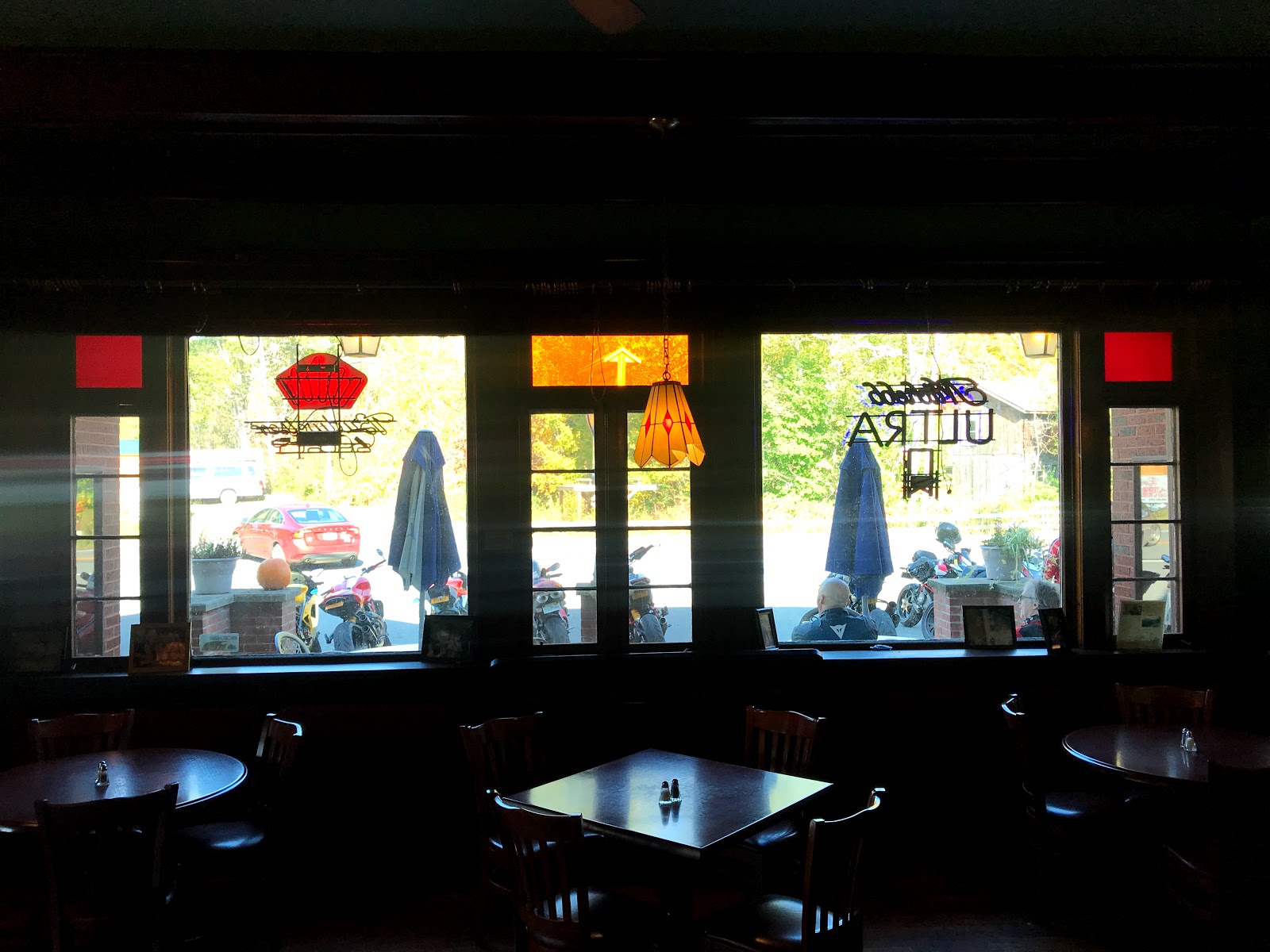 From there, we hightailed it home, and got home shortly after dark... 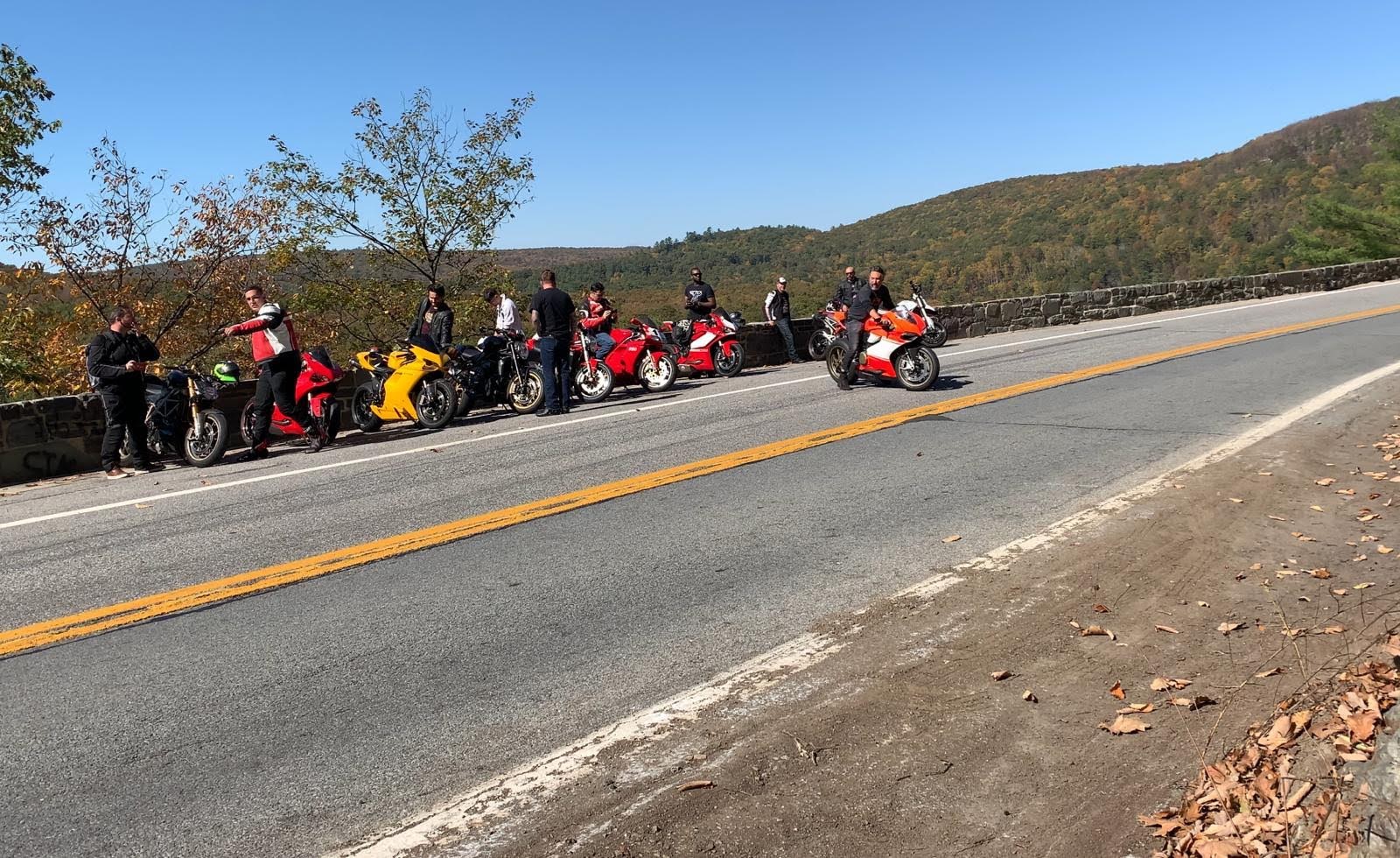