September 06, 2020 Gotham Ride, GothamDOC, mambo
Over 25 Gotham members came out Sunday August 30th to honor our fallen brother Jimmy "Mambo" Agapito.  We had an epic day riding out of Columbus Circle, meeting up on  the Palisades, stopping off at a Bear Mountain Bridge overlook, grabbing BBQ in Cold Spring, and finishing up in Peekskill. 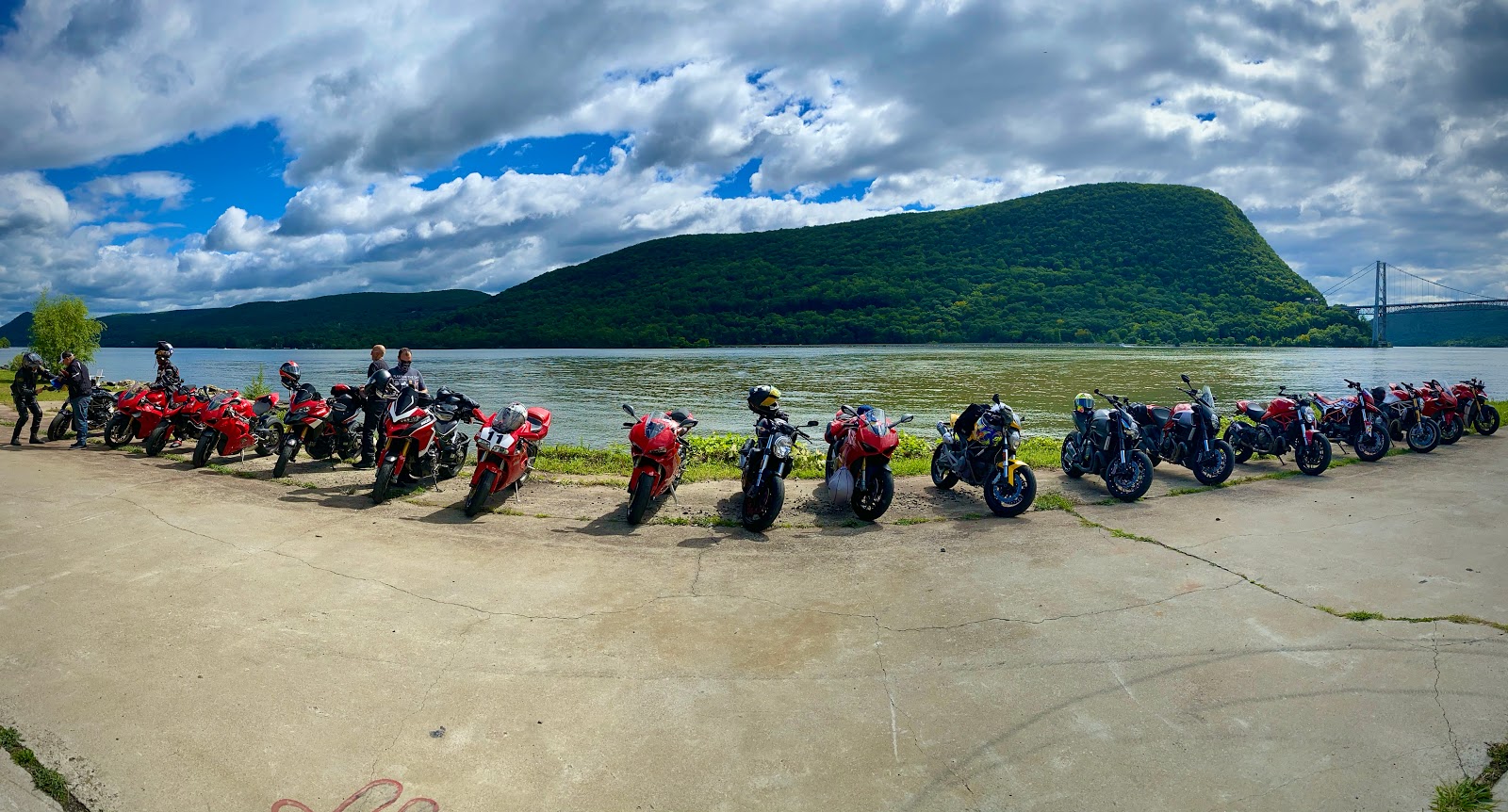 Some of us were on the road for over 11 hours, so we have a ton of media from the event, but I've included some of the highlights below.

We started off in Columbus Circle facing Central Park, on 61st Street where in the Mambo days we used to begin every ride.

A bunch of the old crew showed up! 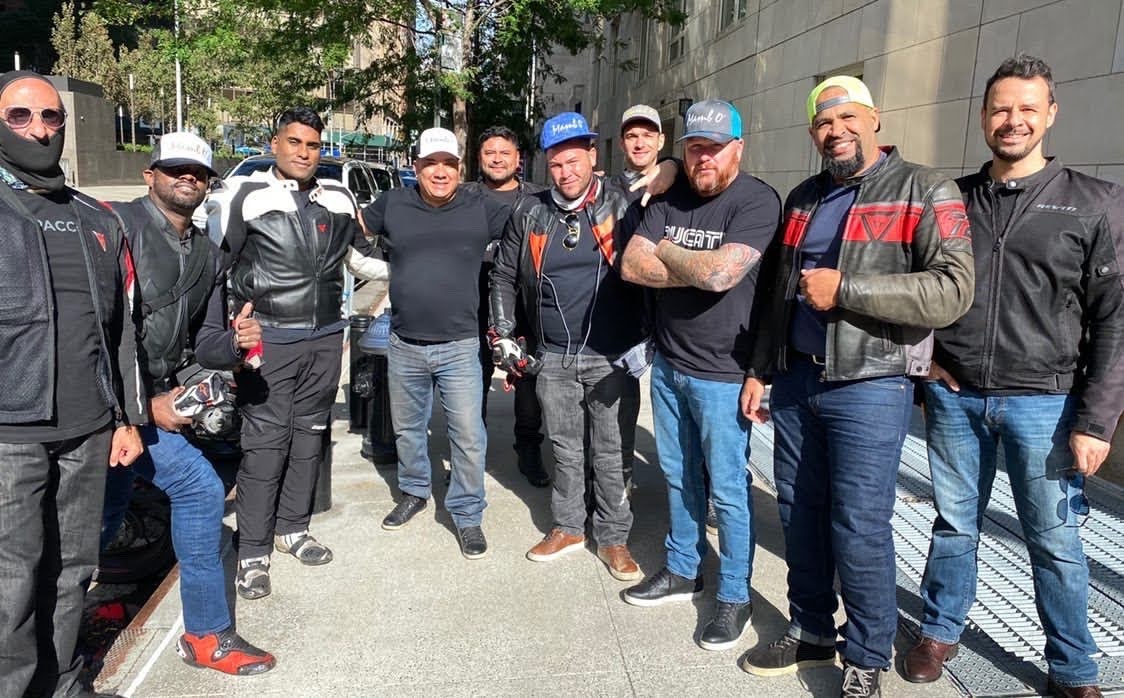 Then, we headed up to meet up with the rest of the crew up on Palisades Parkway in New Jersey north of NYC.

After that, we headed up North to Harriman State Park, cutting up to Bear Mountain, but as Perkins was closed, we headed to the waterfront underneath Bear Mountain Bridge. 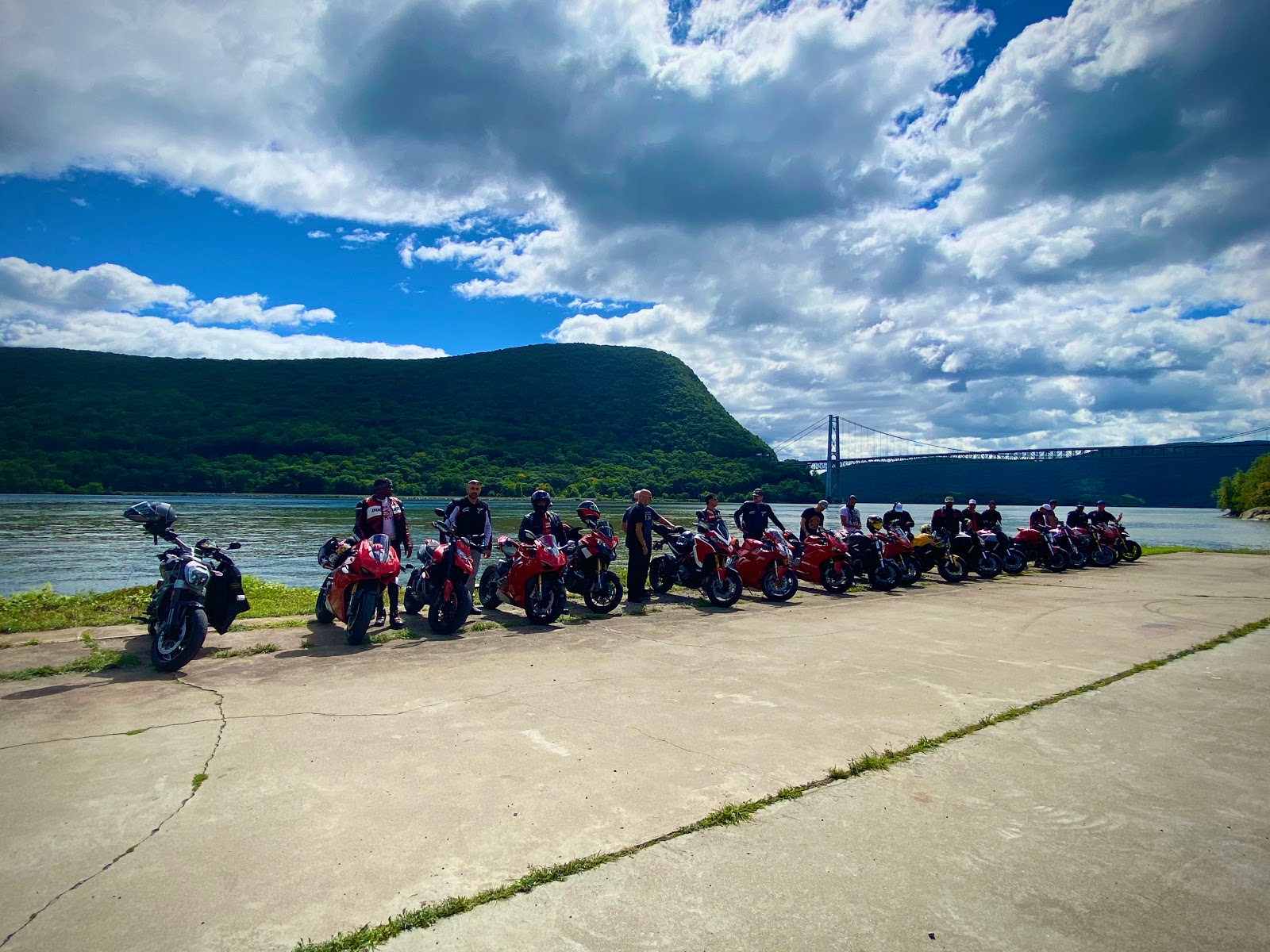 We lost a few bikes to obligations and hangovers, but still made a fairly good showing. 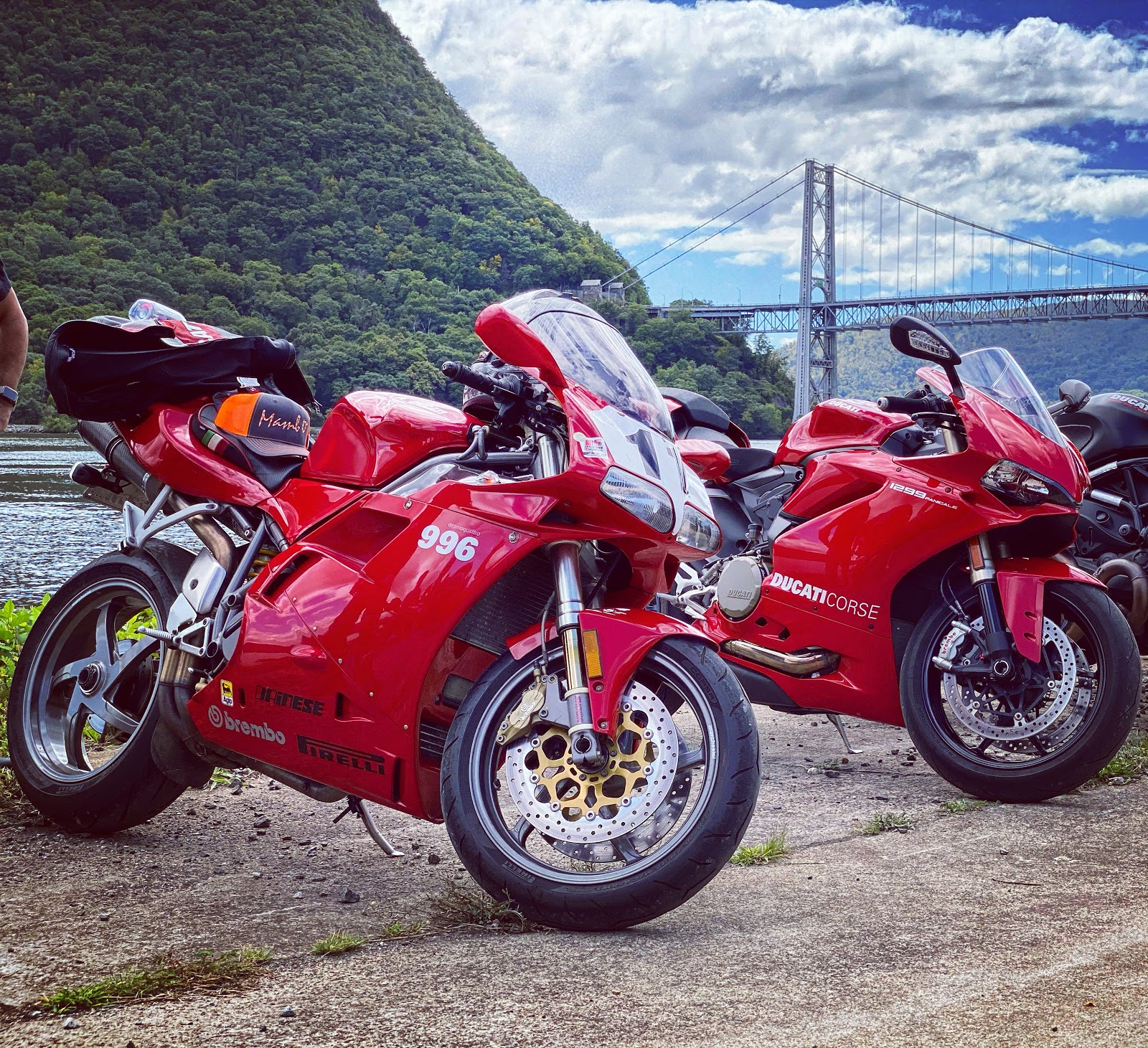 Mambo's brother Juan printed Mambo hats for everyone, and it was great to celebrate his life. 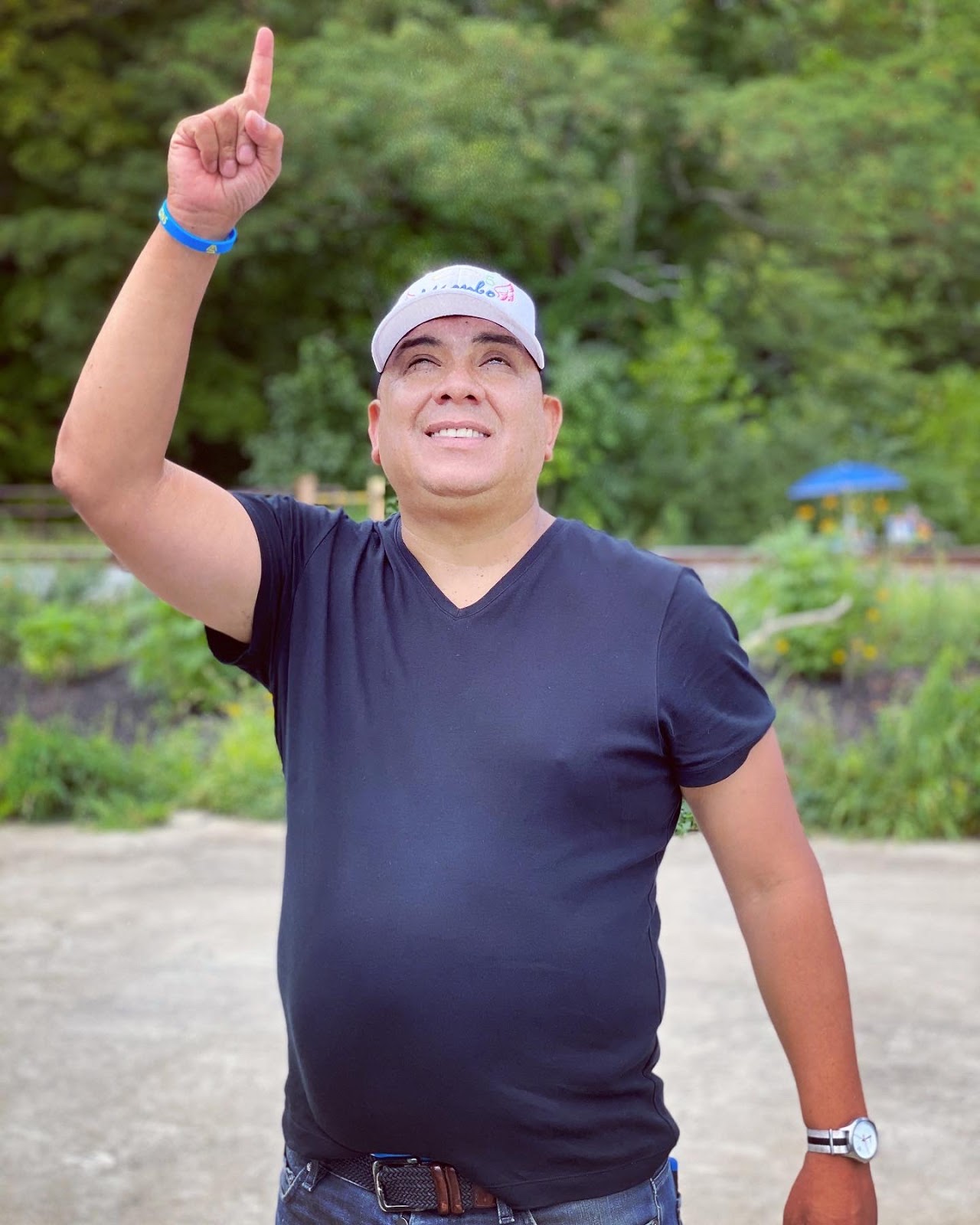 Walter gave a talk about Mambo and his life too, in a touching tribute: 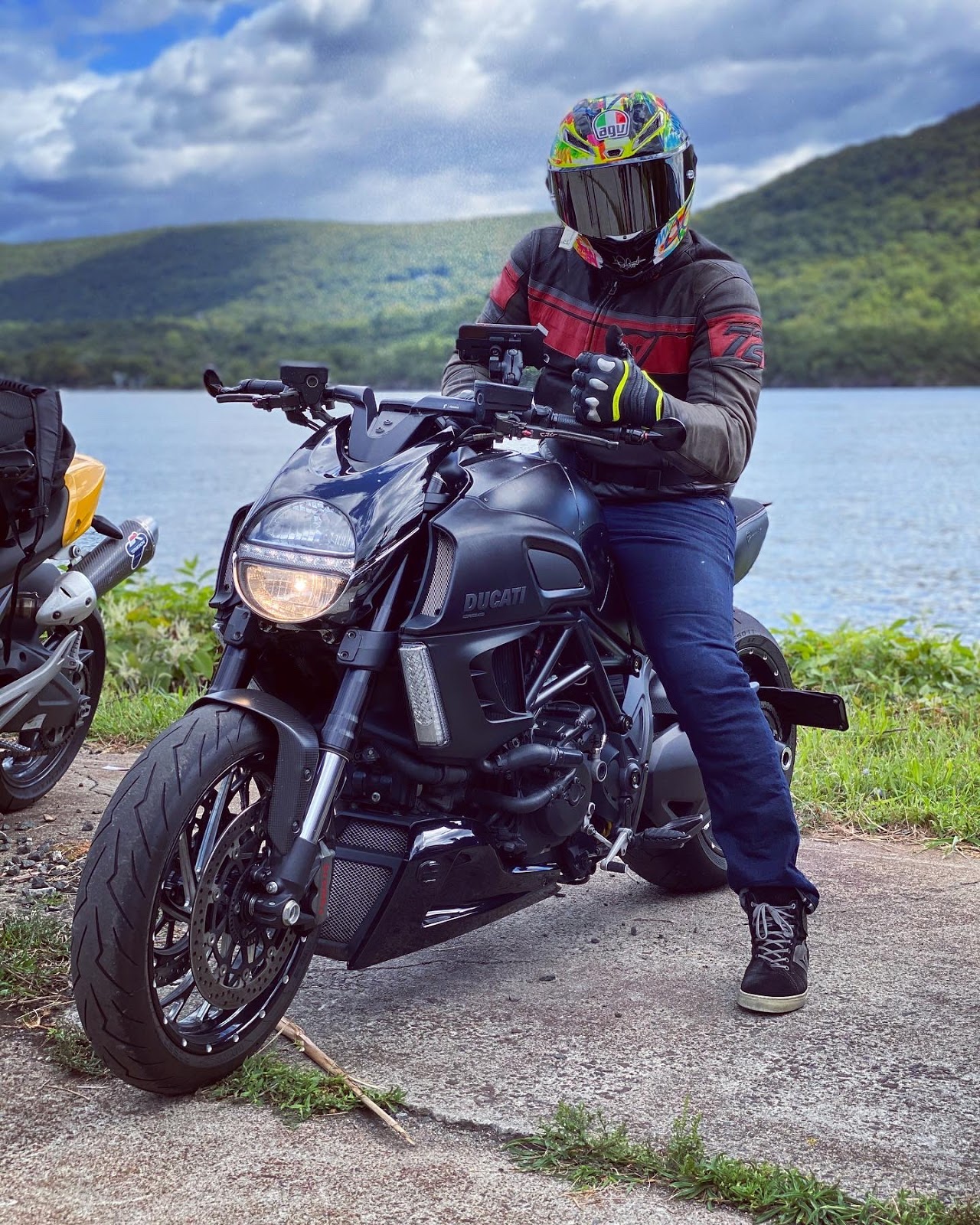 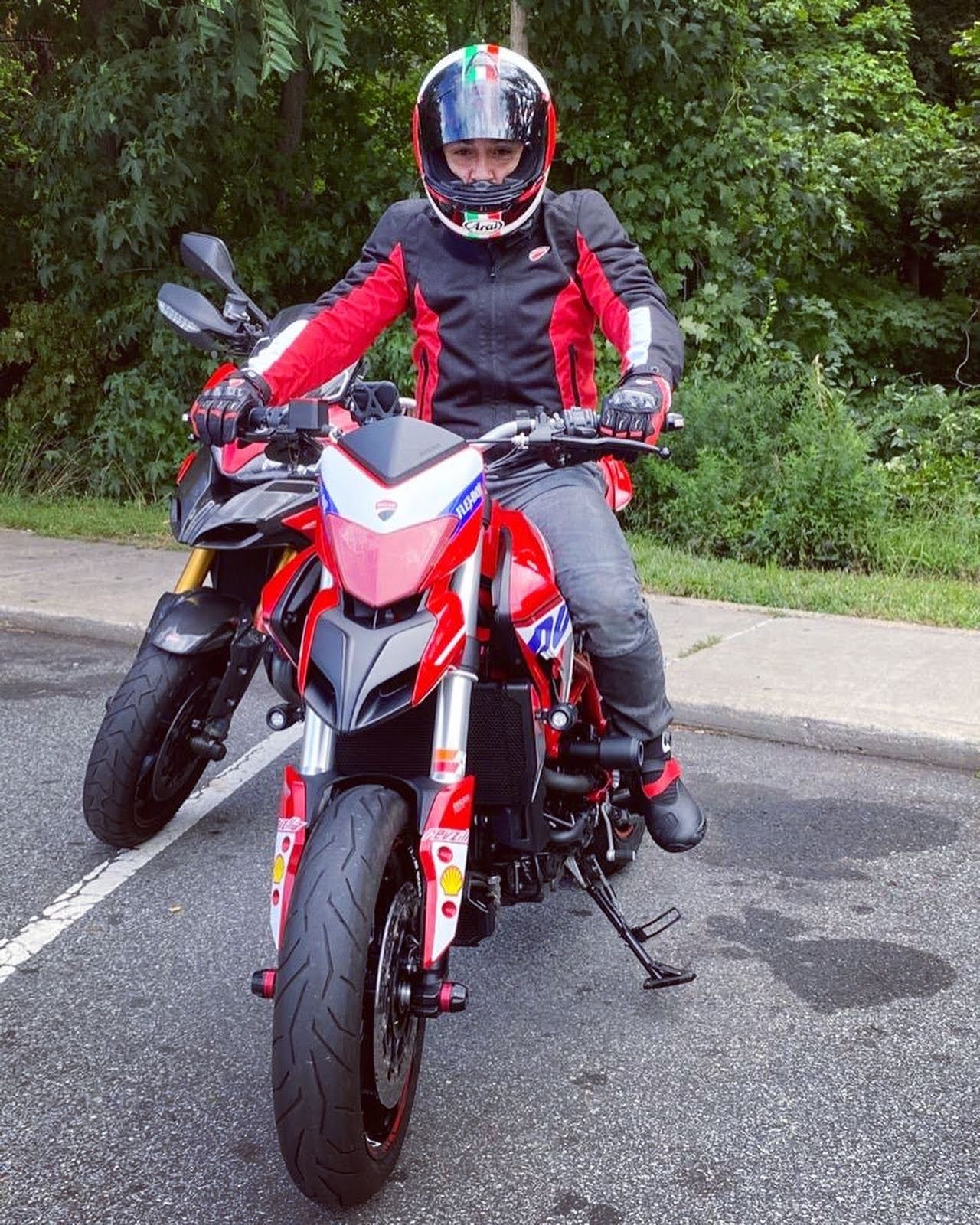 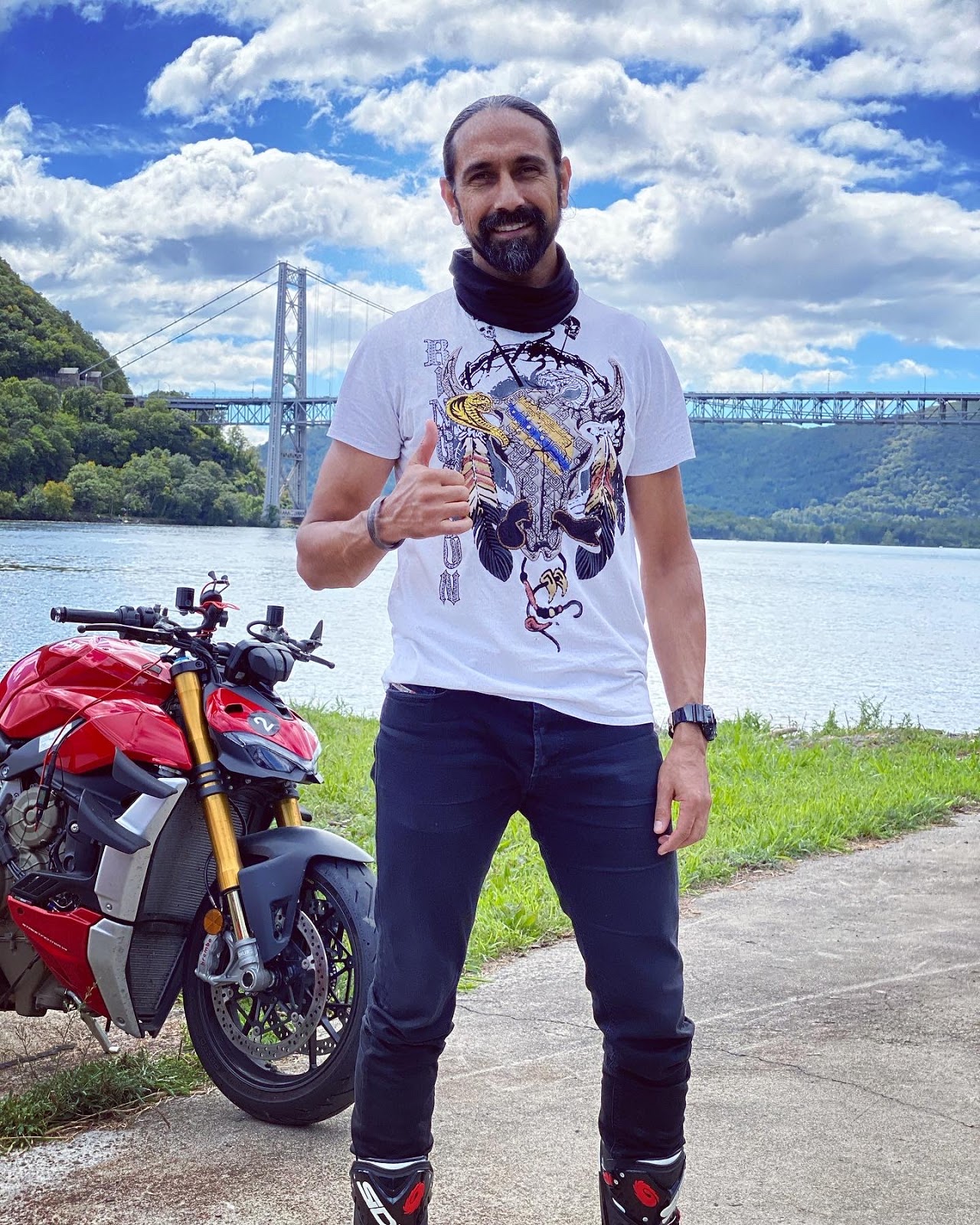 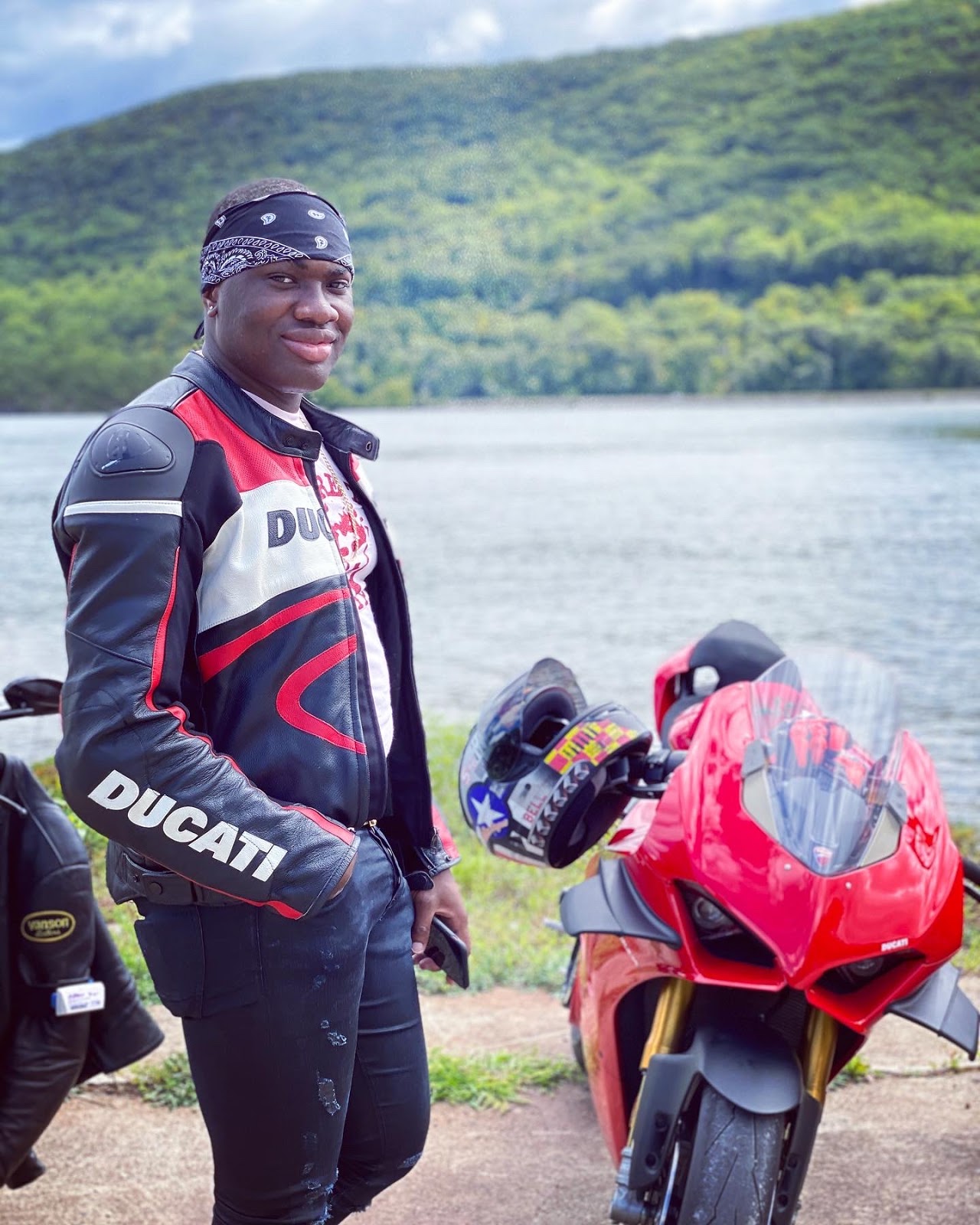 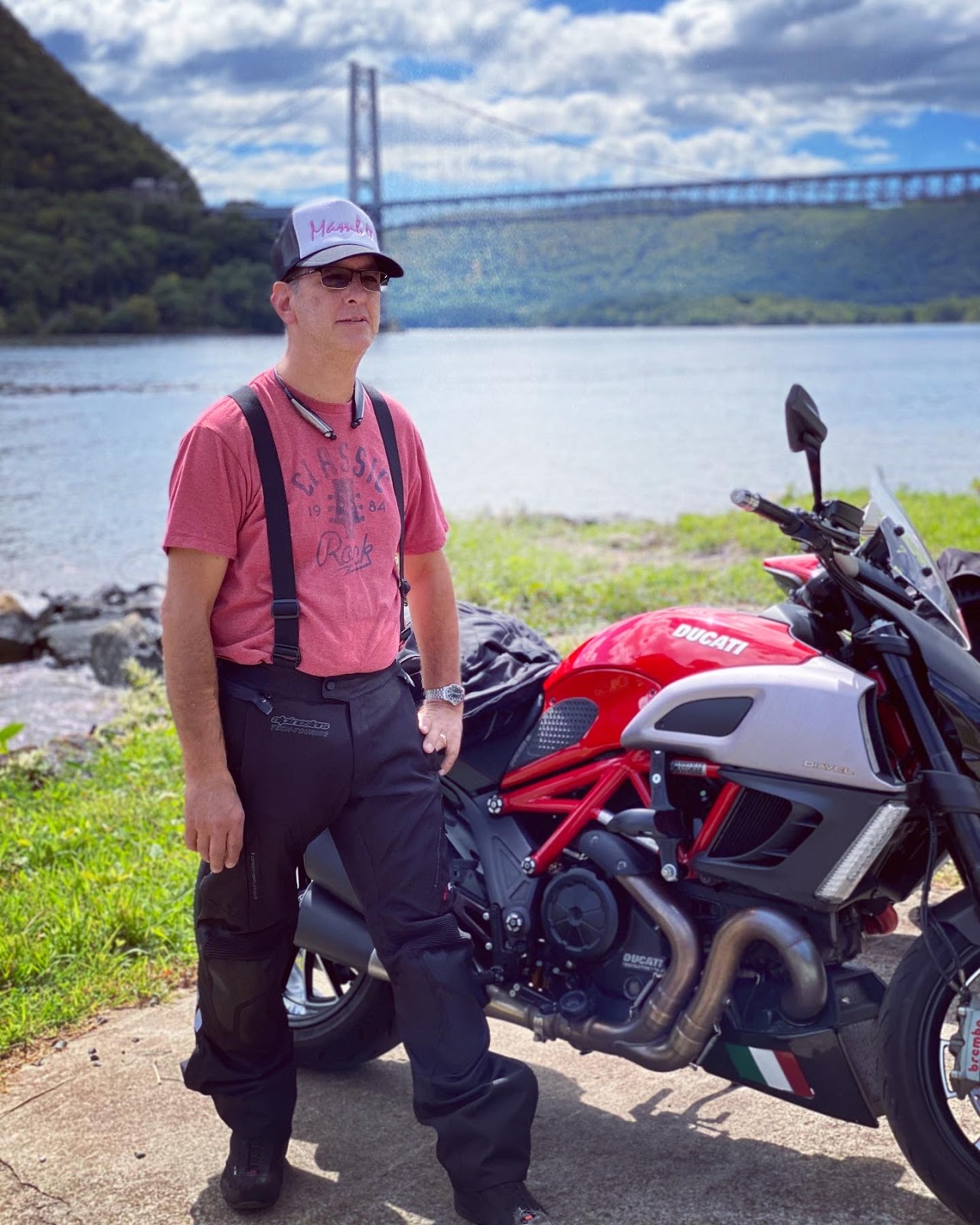 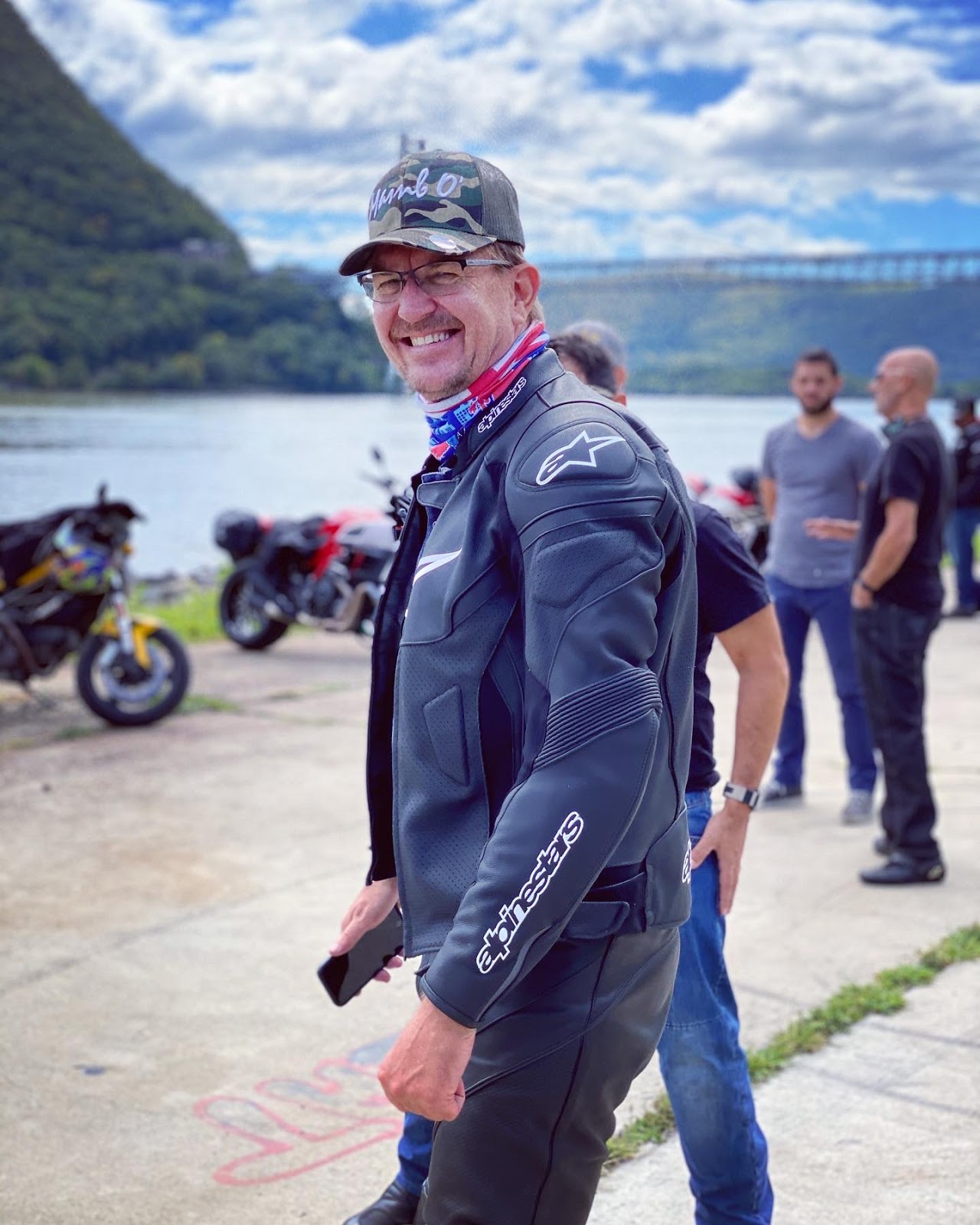 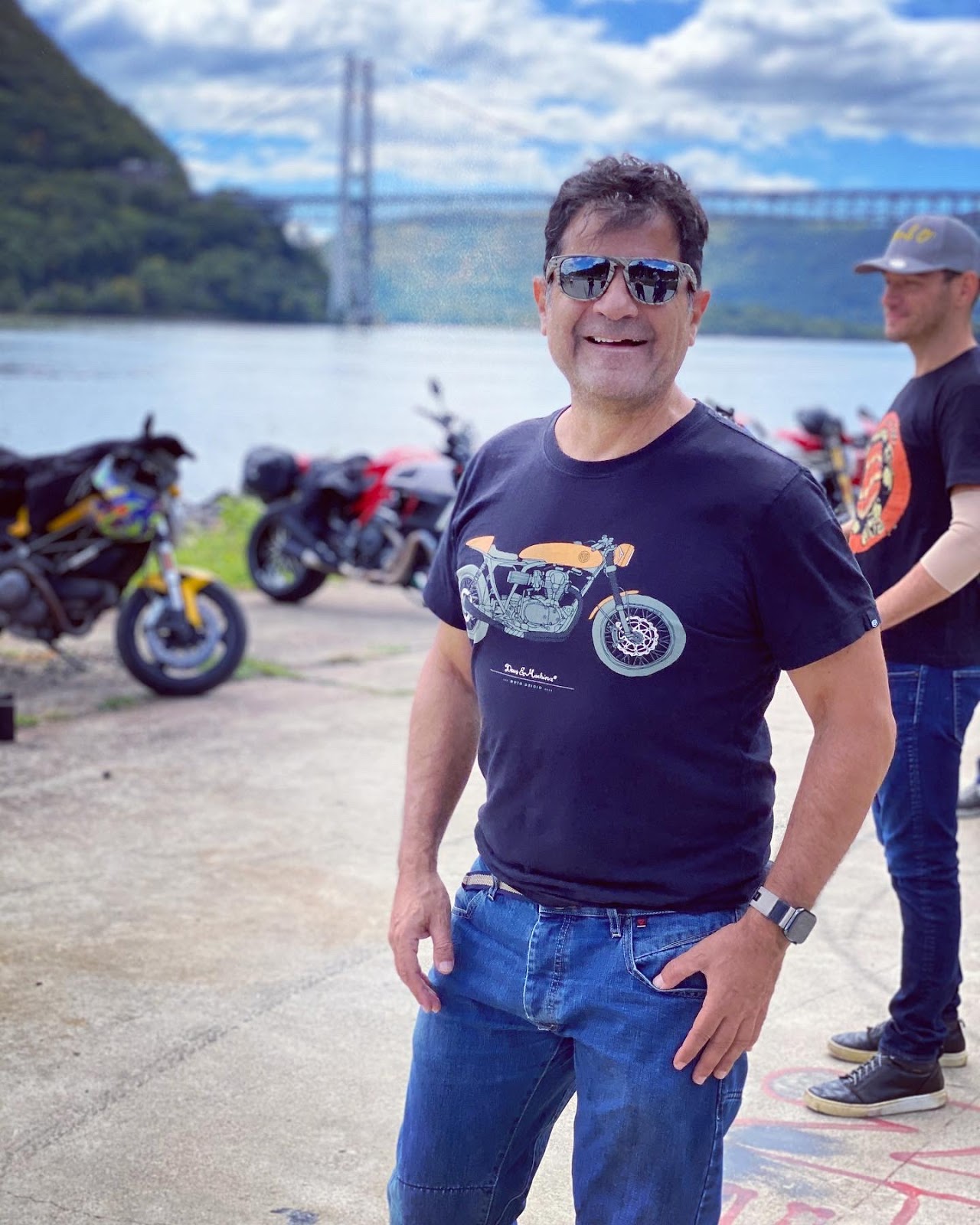 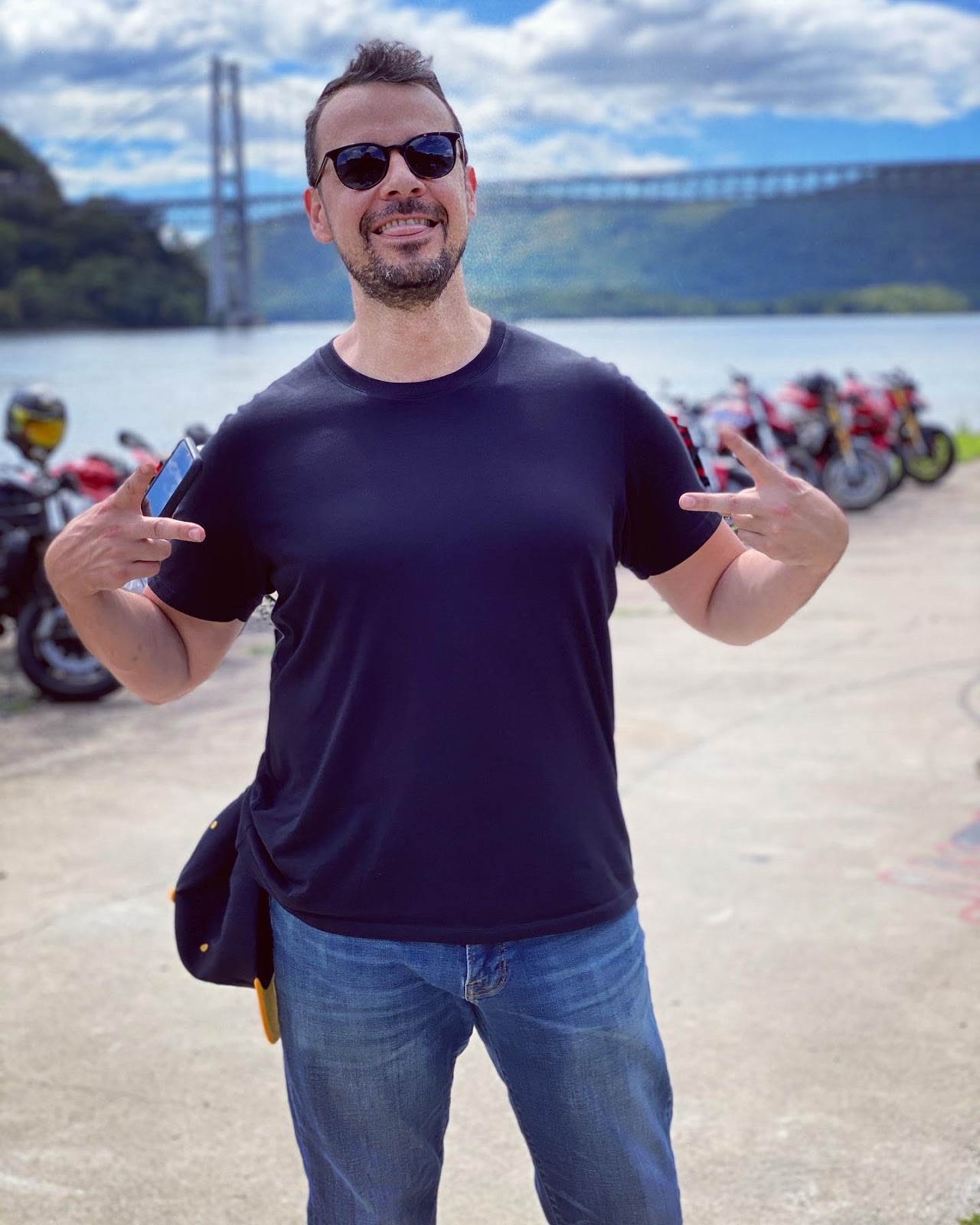 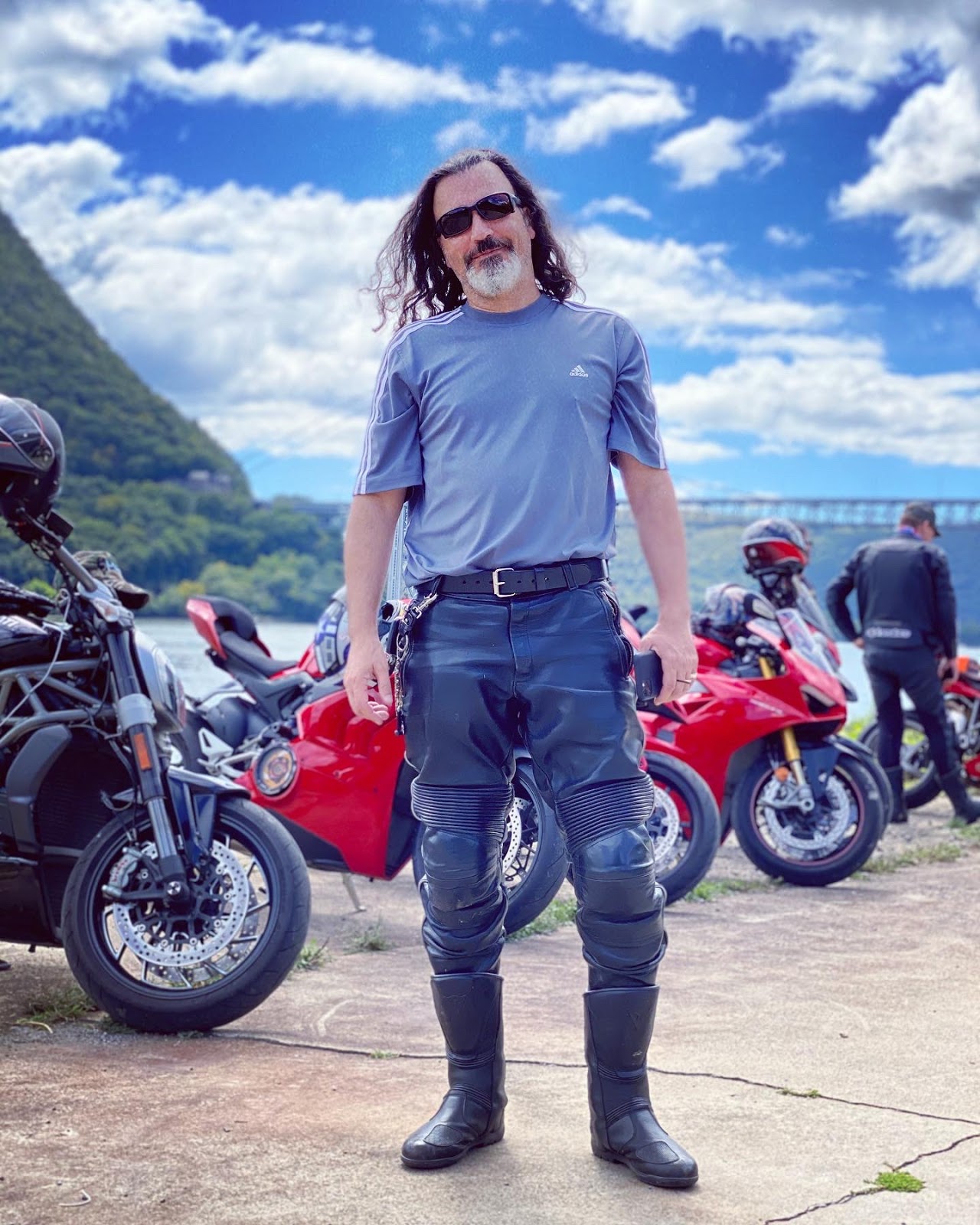 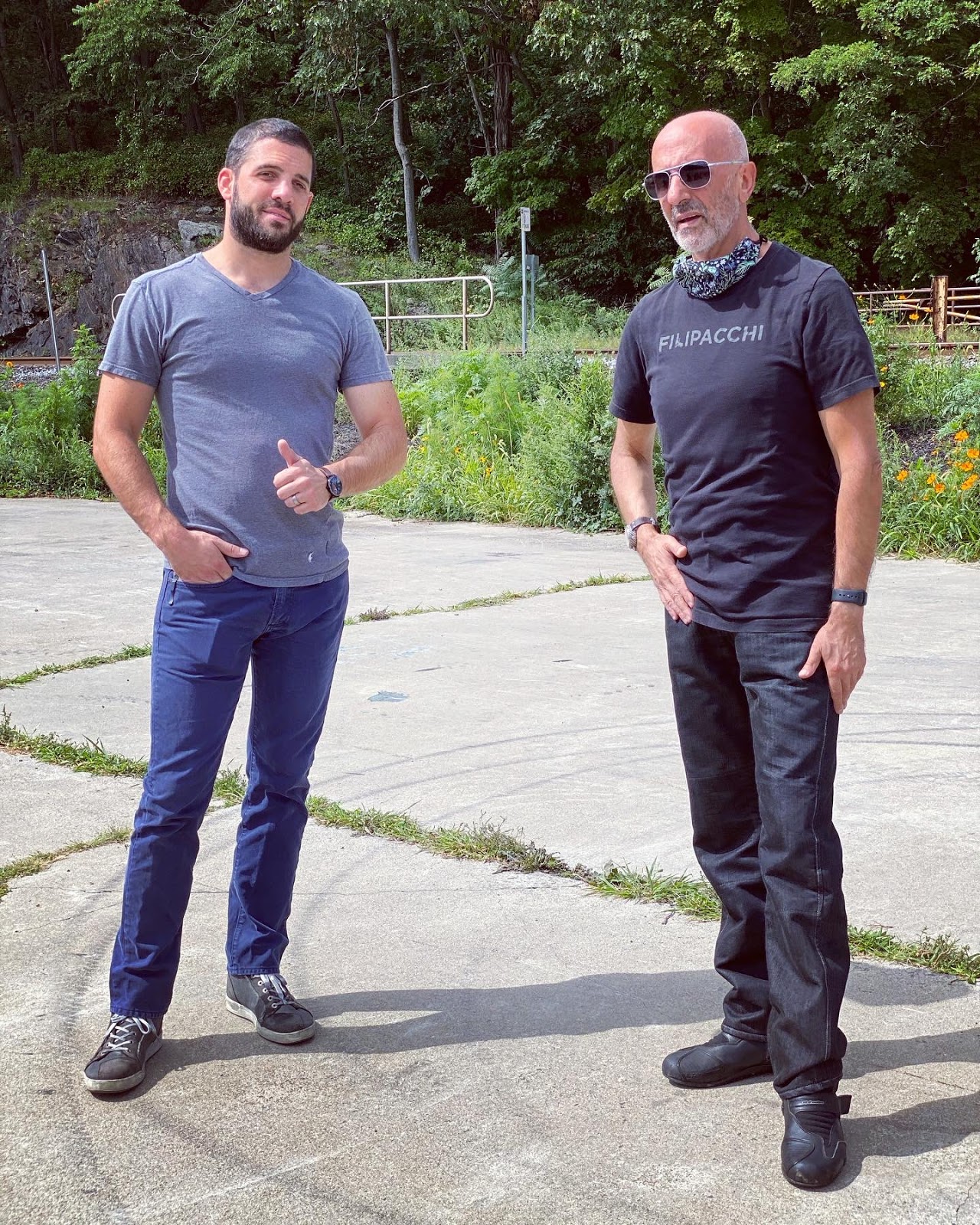 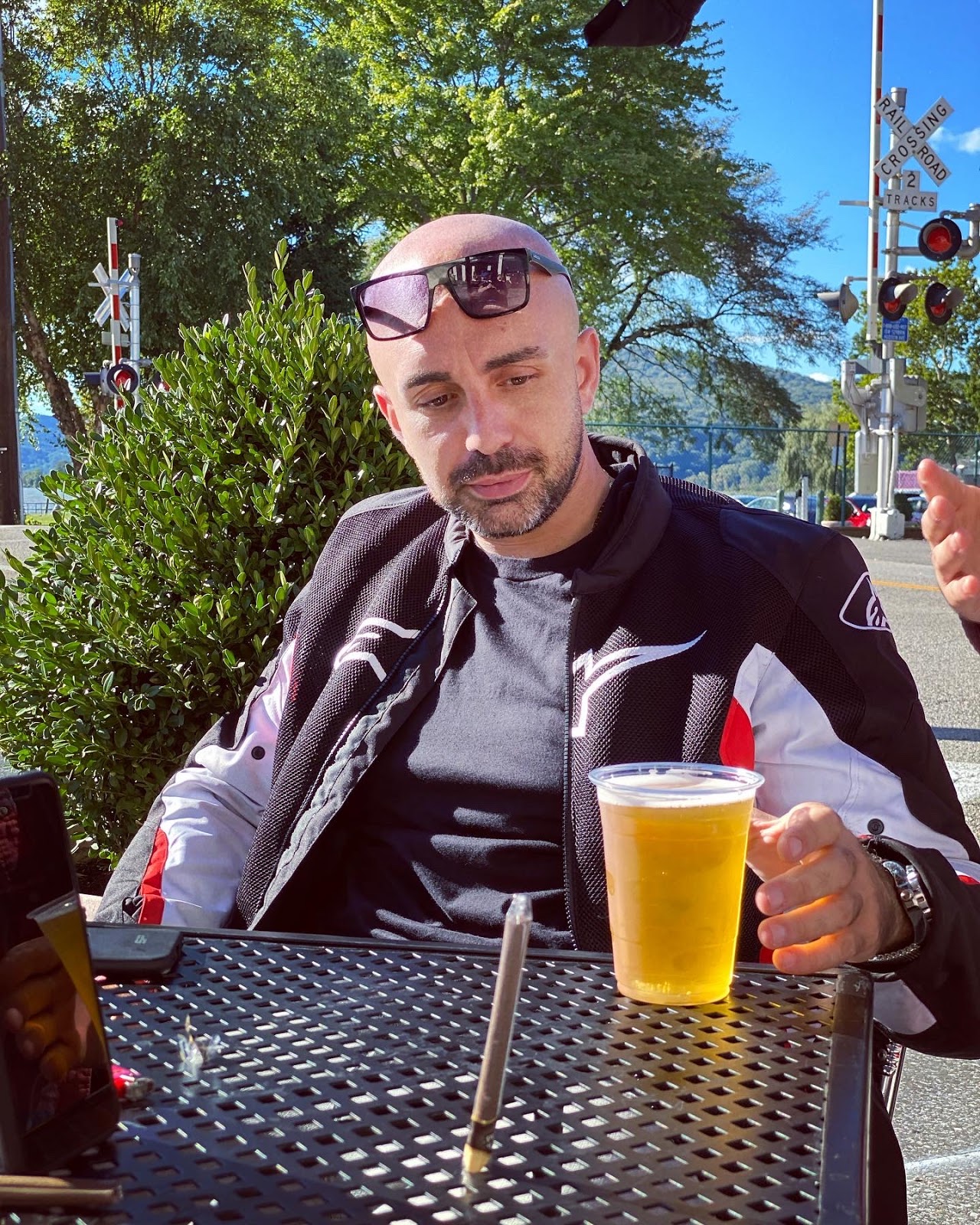 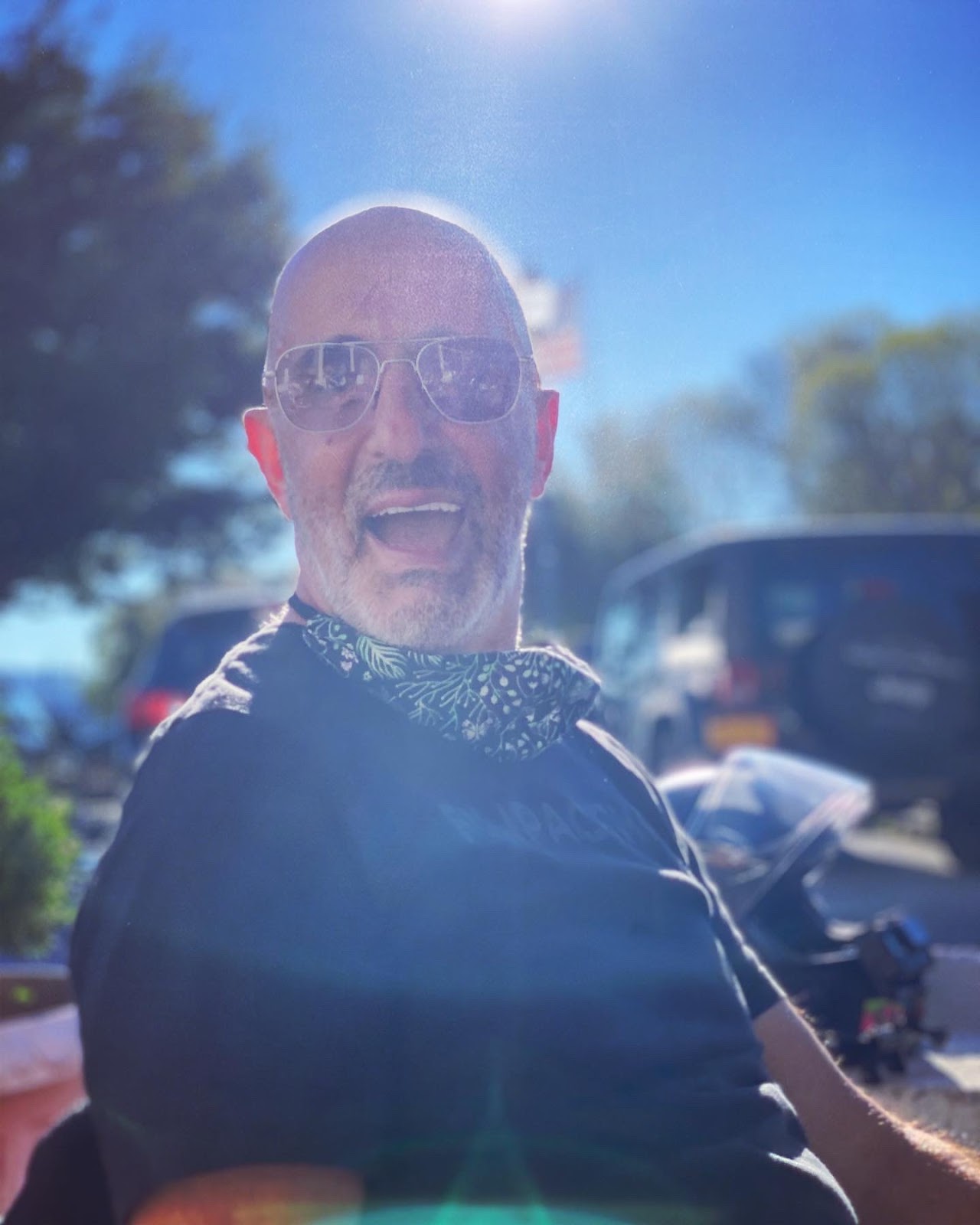 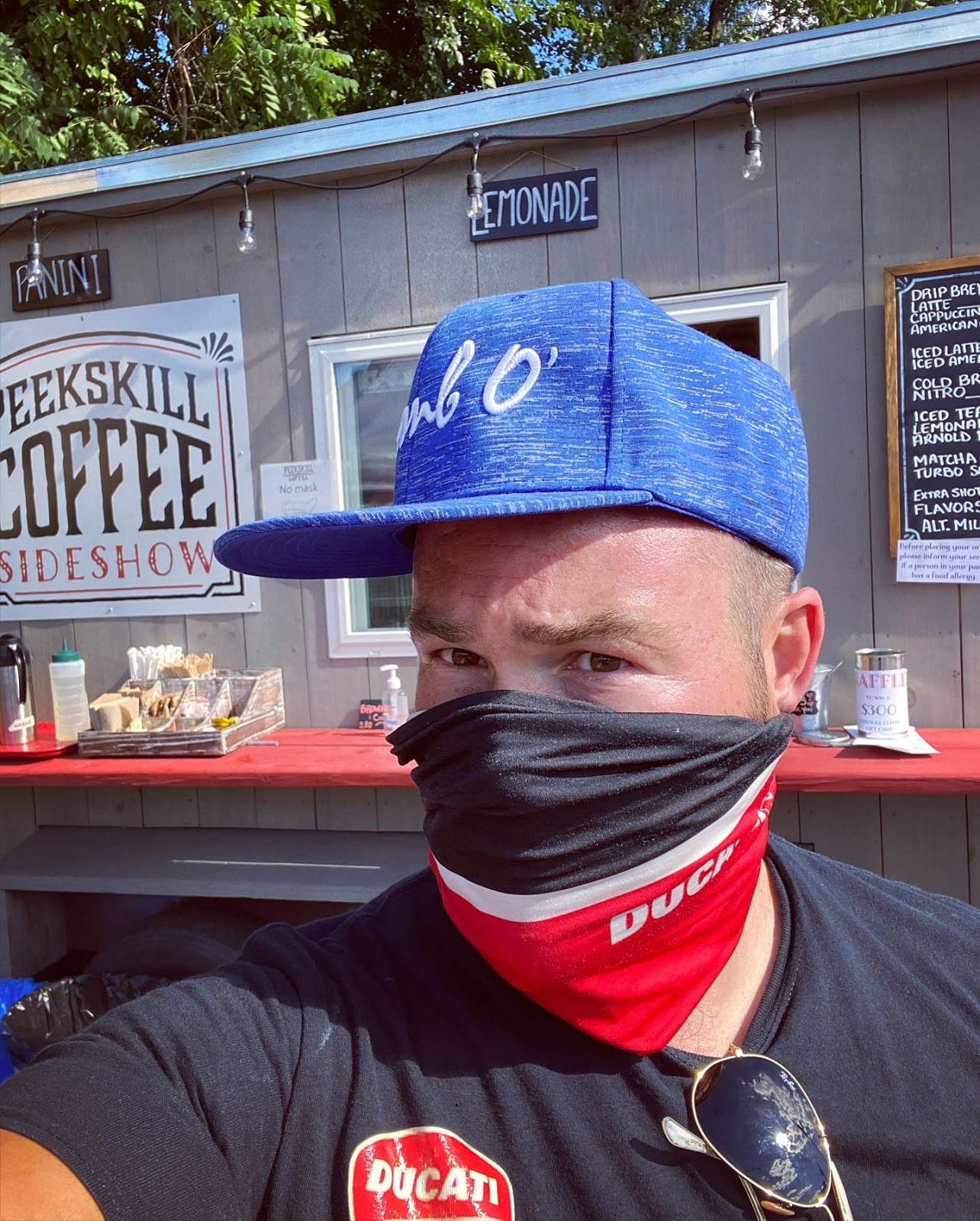 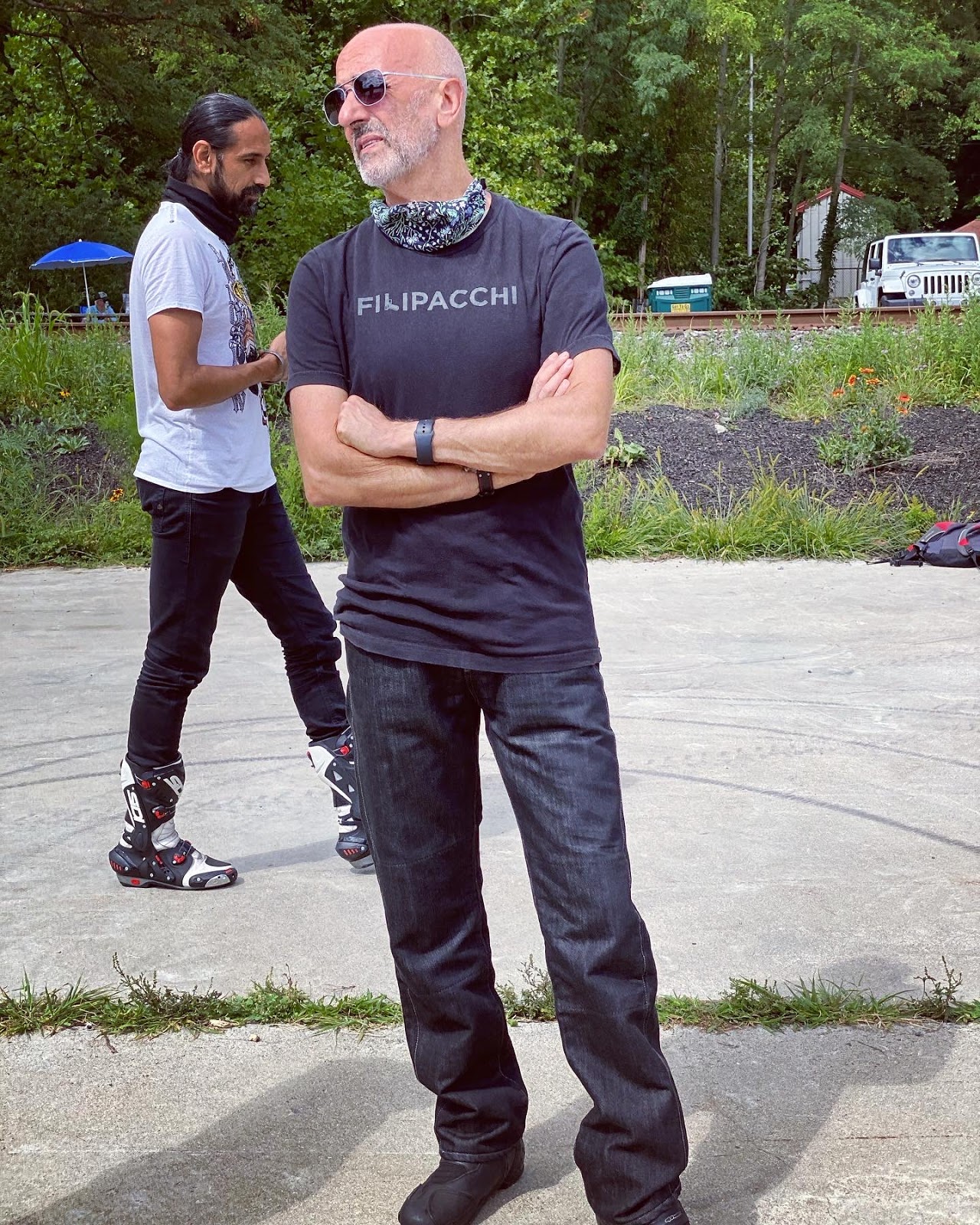 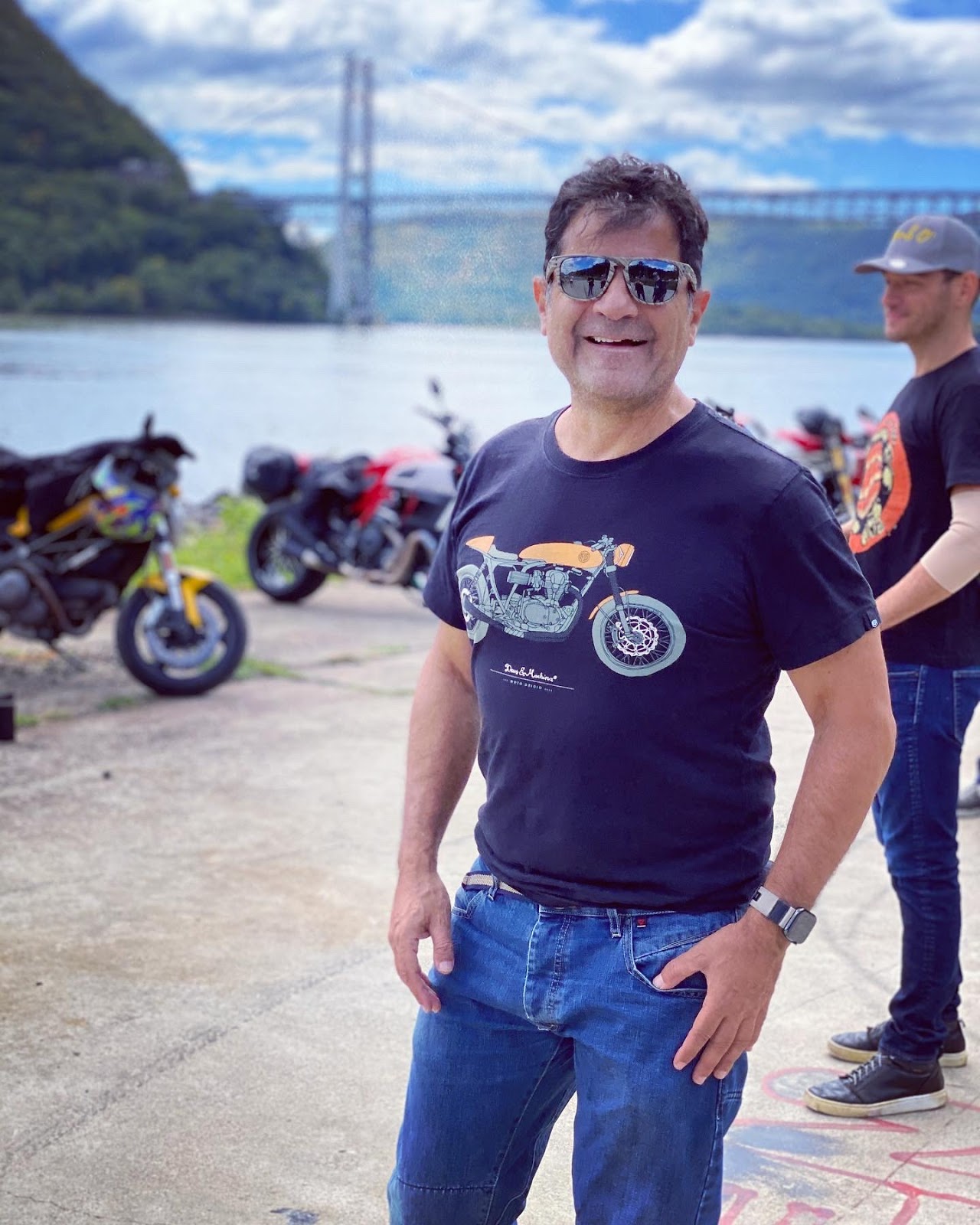 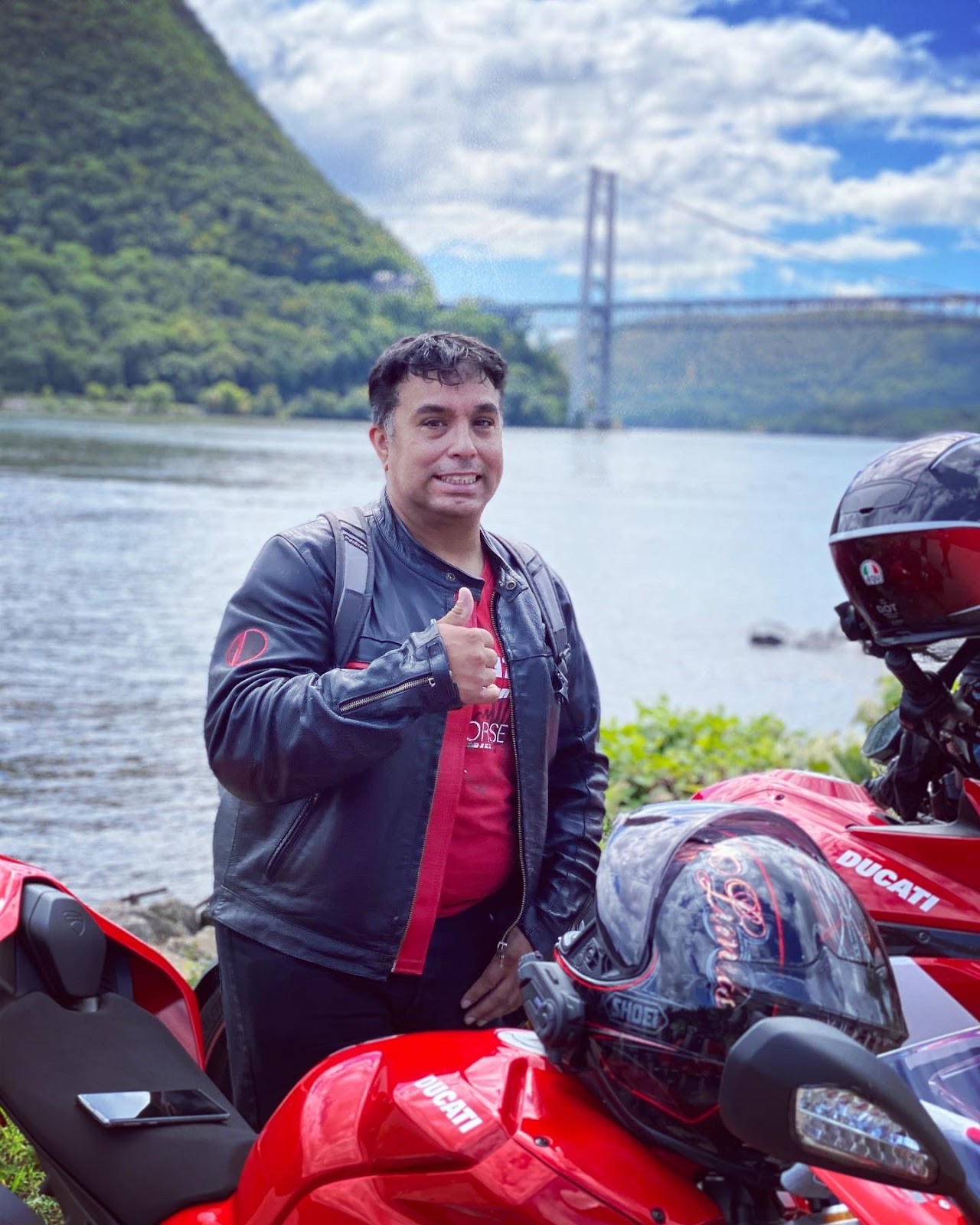 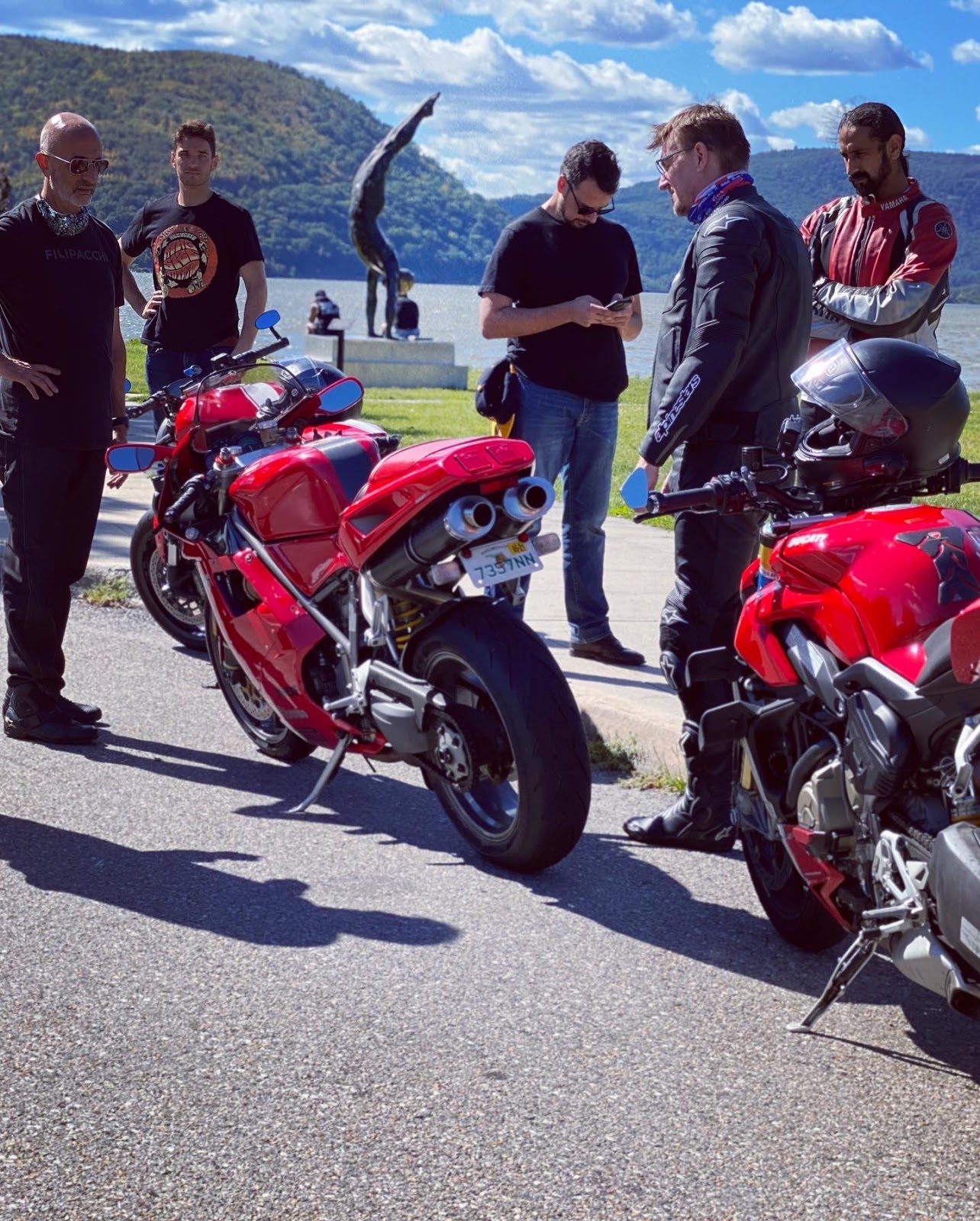 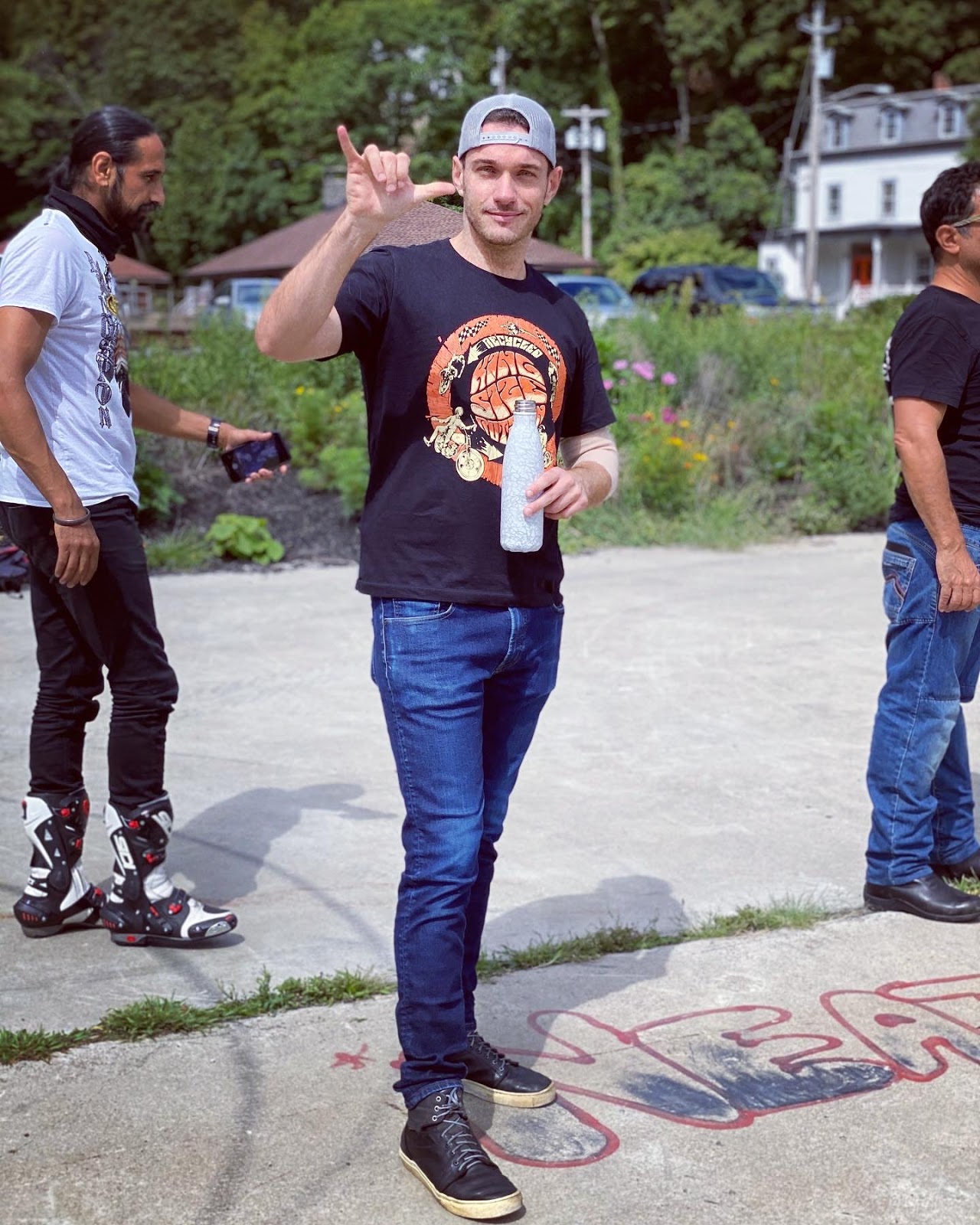 We then headed up 218, and across the bridge, doing some back roads that I love off of 301.

We had lunch at a place called Round Up BBQ in Cold Spring New York, where Mambo used to ride. 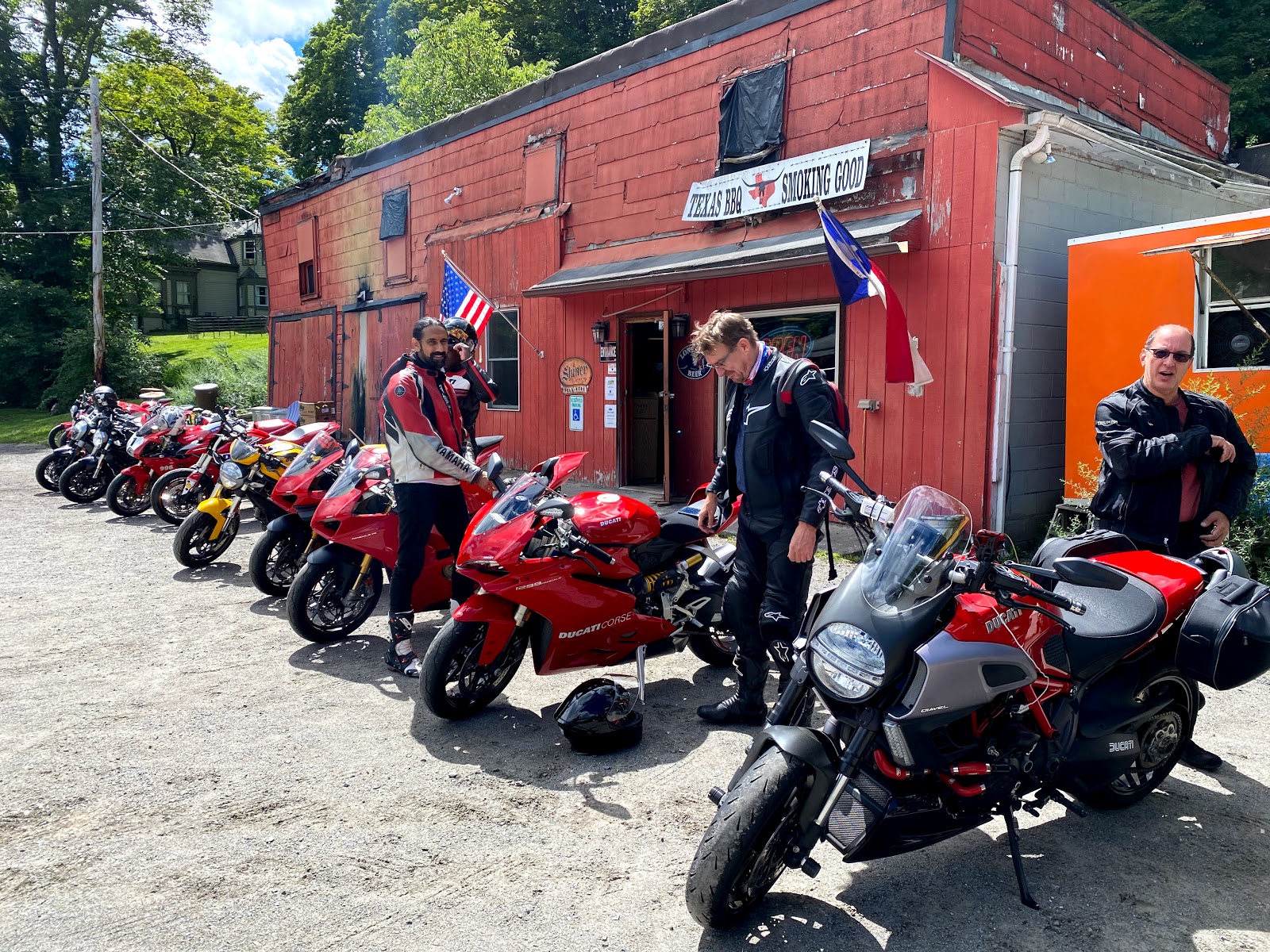 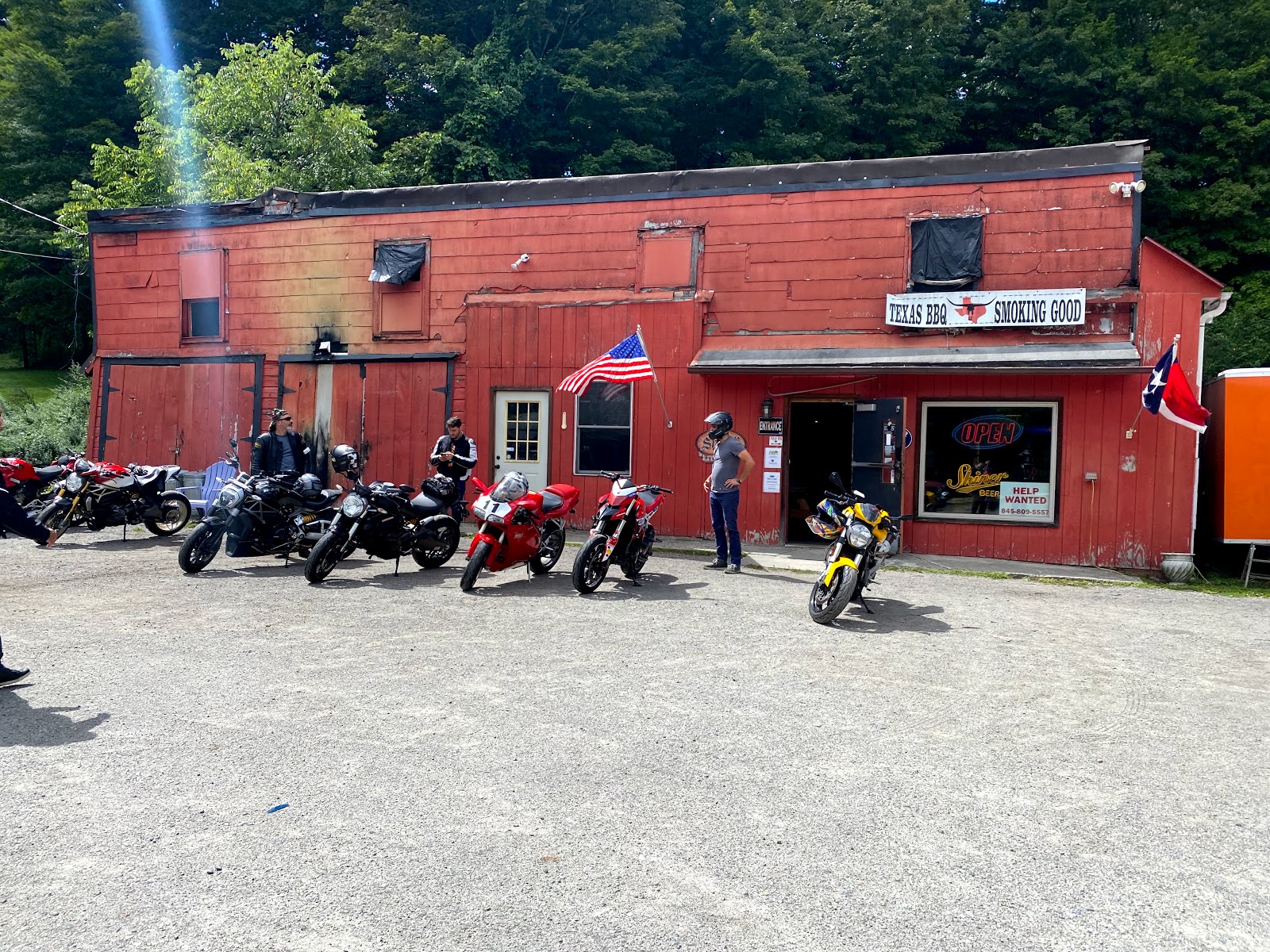 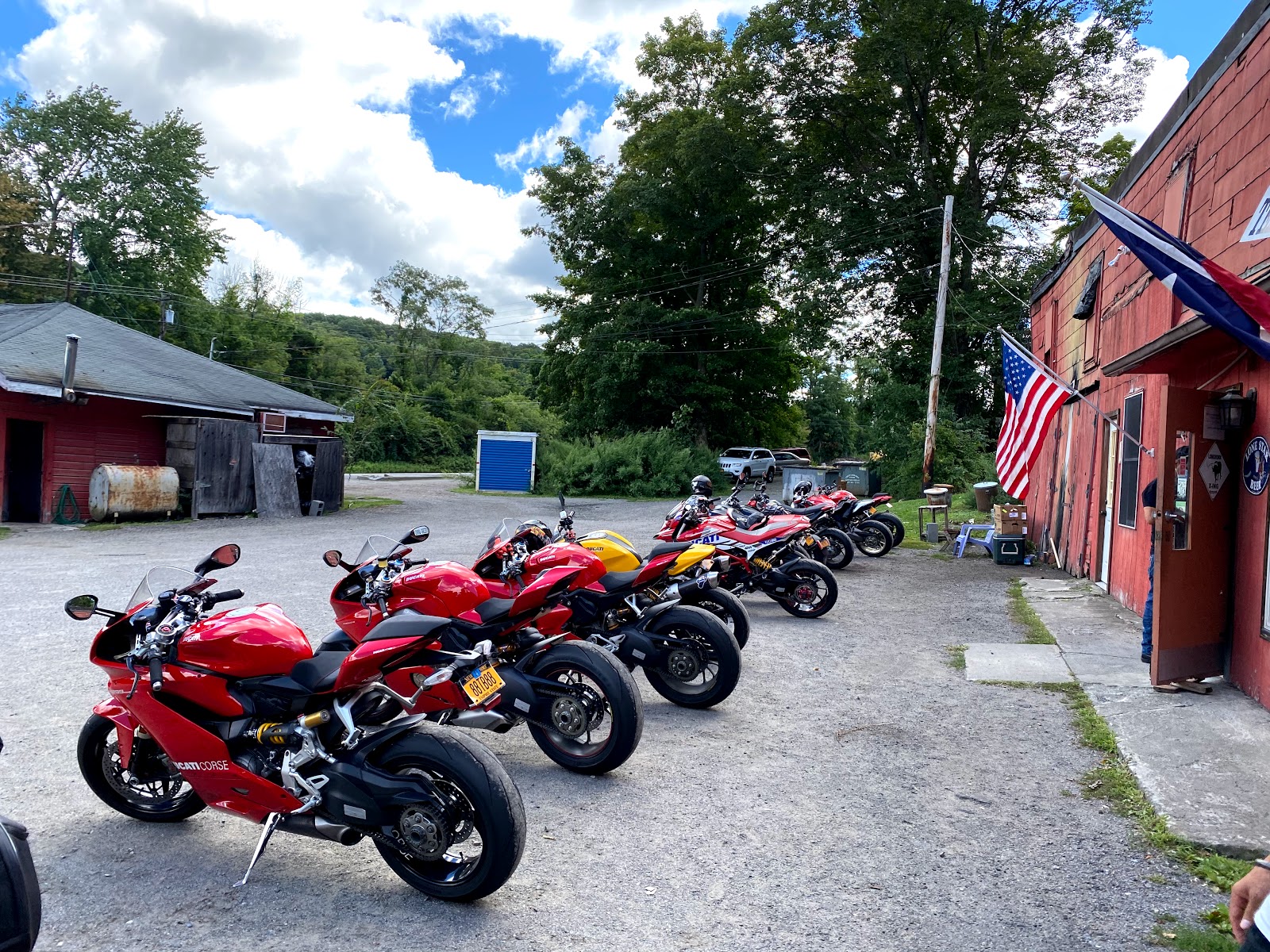 We then rode a bit more, and headed over to Peekskill early afternoon. 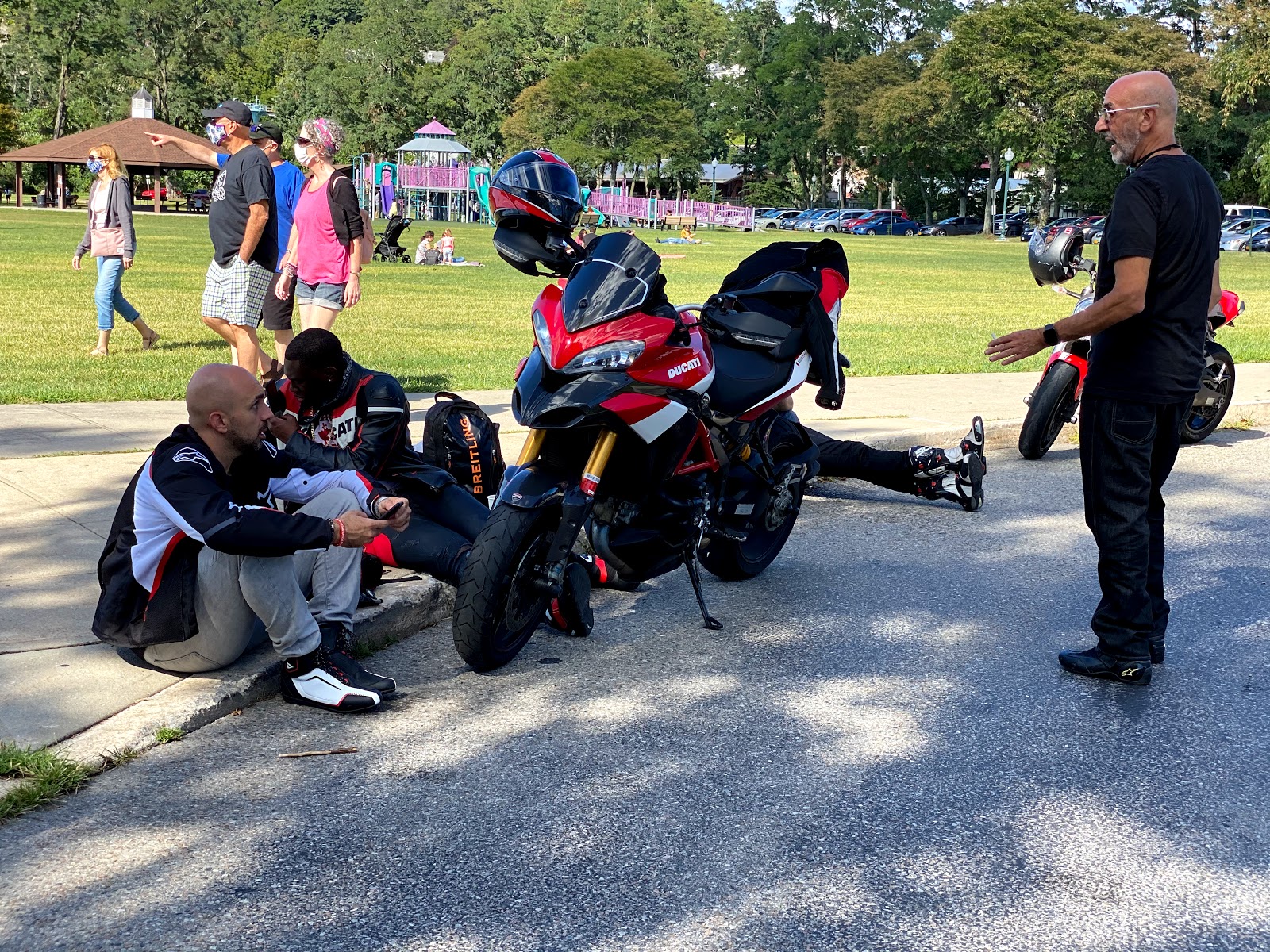 Unfortunately Henry's bike broke down, so even though we bump started it... 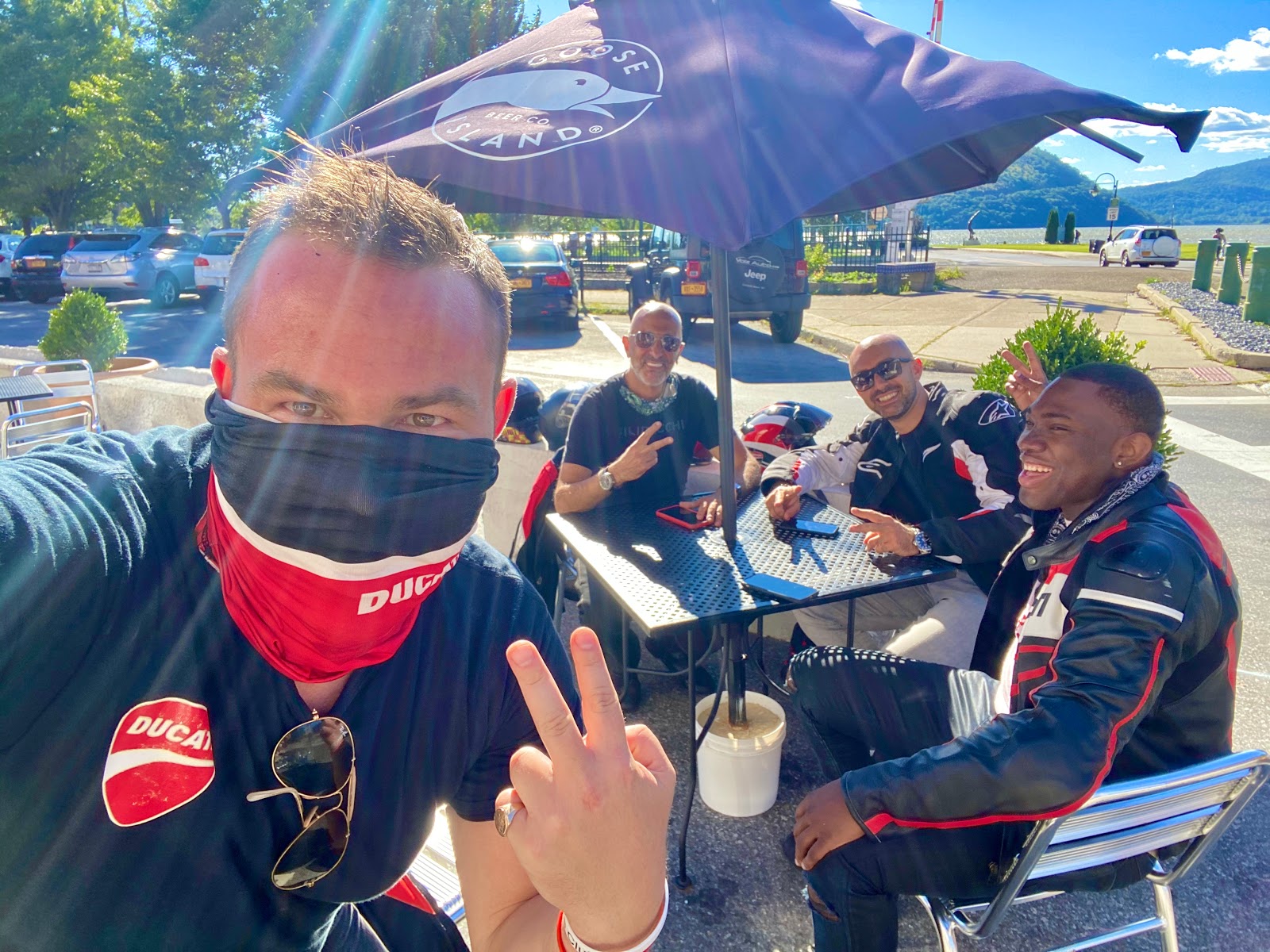 we ended up waiting around until the tow truck arrived. 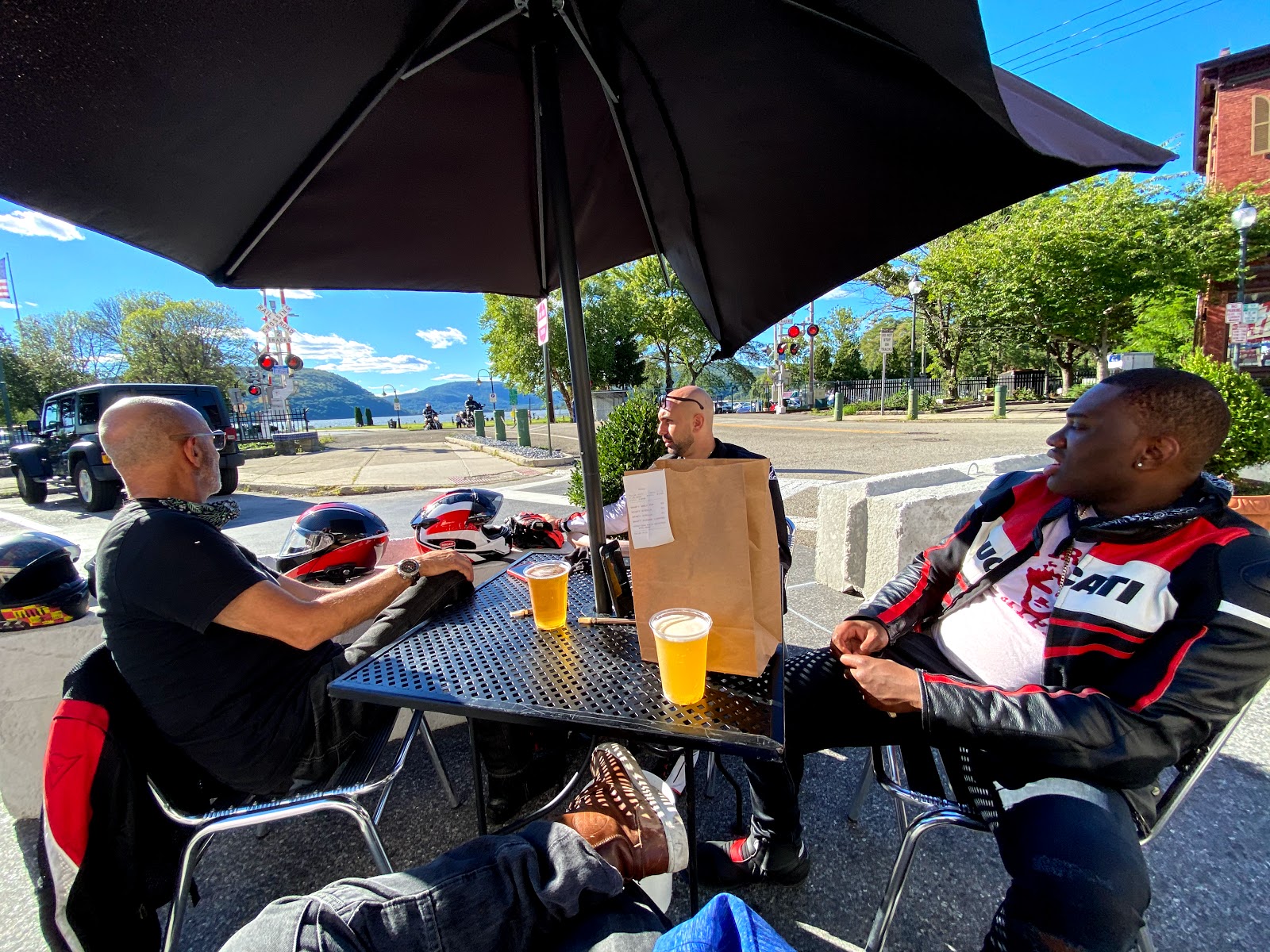 What an awesome day!